Adele celebrated her 33rd birthday with a makeup-free photo on social media.

The Grammy-winner posted an album of new images Wednesday afternoon with the caption “Thirty Free.”

The first photo is a black-and-white shot of Adele looking flawless in a dark sweater while showing off her planet tattoo. The second is one of her swimming in the sea, and the third is one of herself dancing in a tie-dye dress at home.

The post made no mention of her highly-anticipated upcoming album.

Back in October 2020, the Oscar winner hosted “Saturday Night Live” but didn’t perform any new music.

“My album is not finished and I’m also too scared to do both [hosting and performing live on SNL],” she explained. “I would rather just put on some wigs… have a glass of wine or six and just see what happens.” 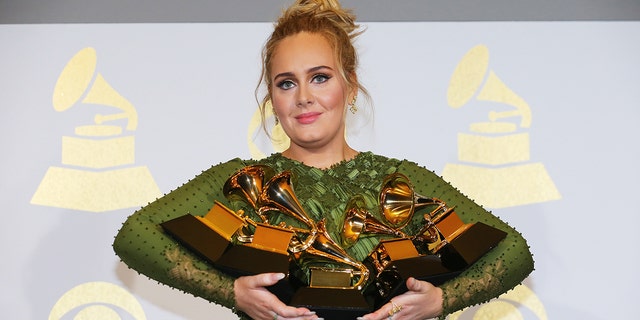 In the comments section of another post last year, Adele told a fan to “be patient” about her next album. “Corona ain’t over. I’m quarantining. Wear a mask and be patient,” she wrote.

The song “Hello” from the album also won record of the year, song of the year, and best pop solo performance at the Grammys.

Adele’s close friend, comic Alan Carr, revealed he’s heard some of her new music and called it “so amazing.”

“I said to her, ‘That voice is like an old friend,’ because there are some people in the charts who sound a bit like Adele and then when you hear Adele’s voice, you go, ‘Oh no, there’s only one,'” he described to Grazia UK.