Bill Gates is arguably the world’s most eligible bachelor now that he’s divorcing his wife, Melinda, and Tinder’s got a message for any potential catfishers … don’t swim in this dating pool!!!

The online dating platform is making sure folks who are looking for love don’t fall hook, line and sinker for a Bill Gates impersonator … telling us they’ve got some serious tools to make sure anyone’s plan to pose as Bill will fail.

As for the big safeguard … in order to verify a Tinder profile, users must scan their mug with facial recognition software to make sure a user matches his or her uploaded profile pics. Someone posing as Bill would almost certainly be busted. 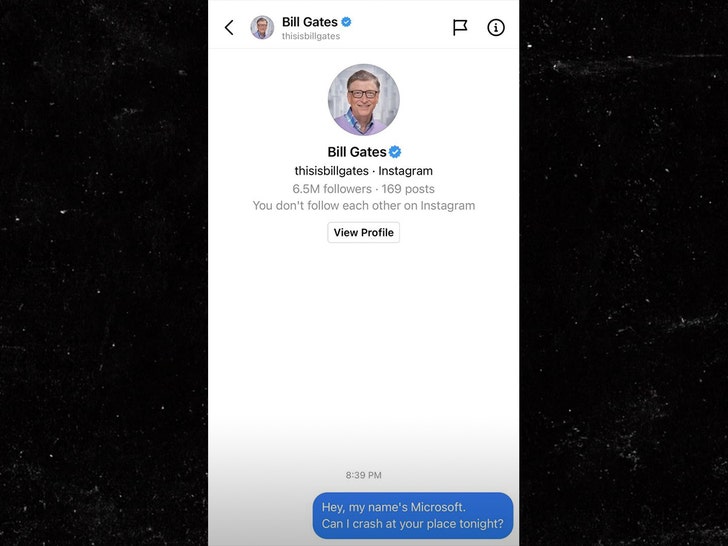 Profiles are also reviewed and scanned for any oddities before going live … and if someone does make it through the system, other users can flag it to Tinder employees for a closer look and for further verification.

A rep for Tinder tells us they do not yet have information available on how many fake Bill profiles have tried to launch since Melinda filed for divorce.

Now, if you’re trying to get with Bill … you might be better off sending a direct message on social media, instead of swiping through Tinder … but you’ll have to get in line, because lots of folks are sliding into Bill’s DMs.

As we reported … Bill’s been lining his estranged wife’s pockets with billions in stock ever since they announced their divorce after 27 years of marriage, so Melinda Gates is quite the eligible bachelorette as well. 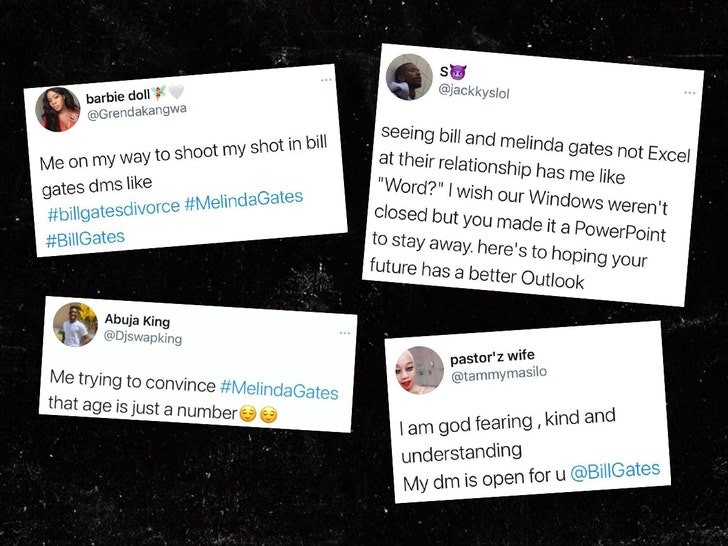 Folks are shooting their shot with Melinda as well, but as with Bill, Tinder won’t be letting any fake Melinda profiles fly.

So, if you’re looking to match with a celeb, you might be better served hoping to run across Ben Affleck on Raya … just don’t “unmatch” him thinking he’s a catfish!!!