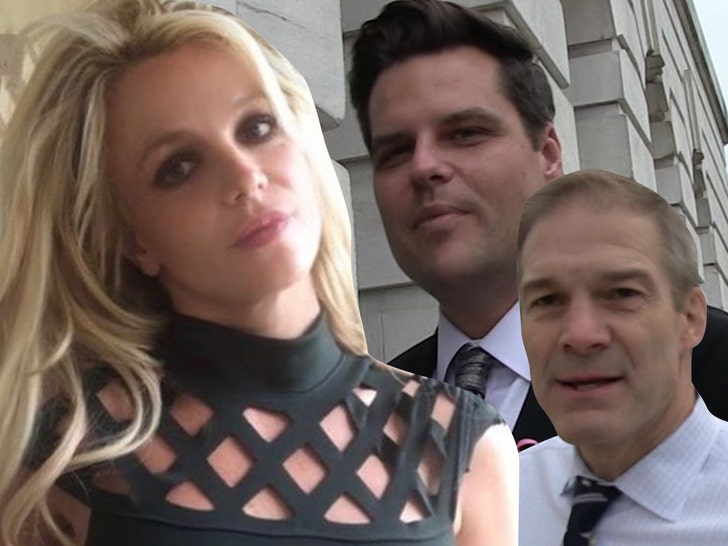 Britney Spears‘ conservatorship drama is about to be front and center in front of our nationally elected officials — that is, if Reps. Jim Jordan and Matt Gaetz get their way.

The congressmen from Ohio and Florida, respectively, sent a letter to House Judiciary Chairman Jerry Nadler … requesting a hearing on the issue of conservatorship/guardianship — using Britney’s situation as exhibit A for why it MUST be dissected.

They say too many Americans are being taken advantage of in these court-devised constructs — often without any say in the matter — and argue that many then become trapped for life … with no effective way for recourse.

Then, they bring up Brit … “The most striking example is perhaps the case of multi-platinum performing artist Britney Spears,” explaining she’s been in a conservatorship since 2008 … alleging the motives of her father/co-conservator, Jamie Spears, are “questionable.”

The House members add, “In court appearances in August and November of 2020, Ms. Spears’ attorney represented to the court that Ms. Spears ‘strongly opposed’ having her father as a conservator, that she was afraid of her father, and that she would not again perform publicly so long as this arrangement persisted.” What they’re not saying … neither Britney nor her court-appointed lawyers have ever asked to end the conservatorship …ever.

Despite this — and the fact Jamie has apparently said he’d love nothing more than to see Britney not need this — the congressmen say his own attorney admitted in the Hulu doc, “I have not seen a conservatee who has successfully terminated a conservatorship.”

In light of that — and other examples they cite of elderly people being held against their will in nursing homes — Reps. Jordan and Gaetz are ready to talk about it officially.

Who knew … even the GOP is pro-#FreeBritney.