Mumford & Sons banjoist Winston Marshall announced he would step away from the popular band after backlash over simply complimenting an anti-Antifa book by conservative author Andy Ngo.

“Over the past few days, I have come to better understand the pain caused by the book I endorsed. I have offended not only a lot of people I don’t know but also those closest to me, including my bandmates and for that, I am truly sorry. As a result of my actions I am taking time away from the band to examine my blind spots,” Marshall said in a statement.

“For now, please know that I realise [sic] how my endorsements have the potential to be viewed as approvals of hatred, divisive behavior. I apologize, as this was not at all my intention,” he added.

In a now-deleted tweet that sparked outrage, Marshall congratulated Ngo for writing “Unmasked: Inside Antifa’s Radical Plan to Destroy Democracy.” Marshall, who had less than 8,000 followers as of Wednesday morning, called the book “important” and praised the conservative author.

“Finally had the time to read your important book. You’re a brave man,” Marshall wrote in the now-deleted tweet. It appears he has deleted all of his previous tweets, too, as only the apology remains on his timeline.

Marshall did not immediately respond to a request for comment. 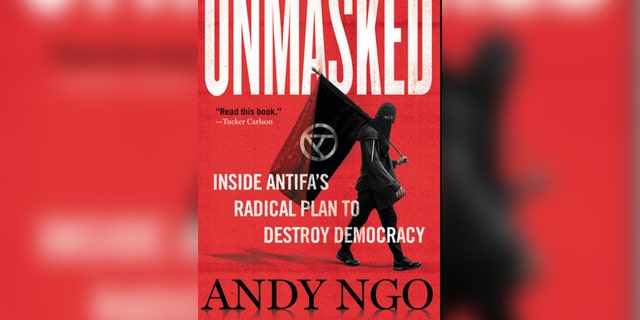 Marshall’s apology was widely mocked by conservatives who accused him of caving to liberal social justice warriors.

Over the past few years, Ngo has gained national attention over his reporting on Antifa violence in Portland, Oregon. Ngo is also the editor-at-large of The Post Millenial. He appeared to comment on the situation via Twitter but didn’t mention the musician by name.

“I grieve for those who are made to suffer because they dare to read my work, or talk to me,” Ngo wrote. “The danger of Antifa & their allies is not only their willingness to carry out or support maiming, killing & terrorism—but also how they close curious minds from independent thought.”

Ngo did not immediately respond to a request for additional comment.

Fox News’ Joseph A. Wulfsohn contributed to this report.