Cliff Simon, an actor who starred as the villain Ba’al in “Stargate SG-1,” died on Tuesday following a kiteboarding accident. He was 58.

“It is with unimaginable heartbreak that I am sharing with you, that my beloved husband, Cliff Simon, passed away at 12:30pm on Tuesday March 9, 2021. He was at Topanga Beach, California and sadly passed away after a tragic kiteboarding accident. He was known to most of you on this page as the villain you loved to hate, Ba’al, from Stargate SG-1. But as he said, ‘acting is what I do, it’s only a part of who I am,'” the statement reads.

His wife went on to call Simon “SO much more” than his onscreen appearances.

TONY HENDRA, ‘THIS IS SPINAL TAP’ ACTOR, DEAD AT 79 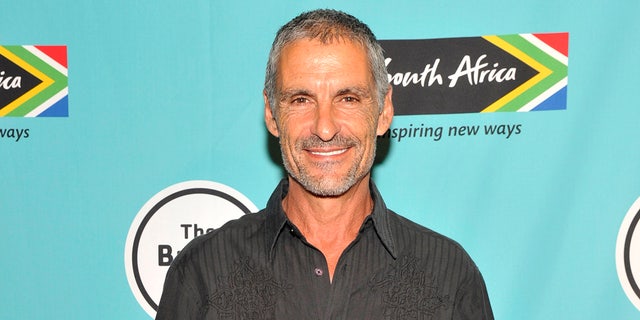 She described him as a “true original, an adventurer, a sailor, swimmer, dancer, actor, author.”

“There is a gaping hole where he once stood on this earth. He was loved by too many to mention and had a great impact on so many lives. He was an amazing and much loved brother, uncle, nephew, cousin and friend,” his wife continued. “He was and always will be the love of my life and there is unimaginable heartbreak.”

Simon’s spouse noted that despite the tragedy, he passed away on the beach, “which was his temple.”

“I know this is a shock and will hit hard but we hope you can respect our need for privacy at this time,” the statement concludes.

Simon, who was born in Johannesburg, South Africa, played Ba’al on the sci-fi series “Stargate SG-1” for five seasons. According to The Hollywood Reporter, Simon was a skilled athlete, having taken up gymnastics and swimming during his childhood. His family moved to the United Kingdom in the ’80s, the outlet notes, so he could pursue his dreams of being in the Olympics.

Simon later returned to his native country and joined the air force for two years. He became a dancer in the Moulin Rouge in Paris, France, dabbled in modeling and then landed a spot in a soap opera titled “Egoli: Place of Gold” in South Africa.

Simon reportedly moved to the United States in 2000 upon his decision to pursue more acting roles. He has also appeared in “NCIS Los Angeles,” “NCIS New Orleans,” “24,” “Undercovers,” and “Castle.” In 2016, he also wrote a book titled, “Paris Nights: My Year at the Moulin Rouge.”