By Tom Collomosse For Mailonline

Harry Maguire’s controversial clash with Cesar Azpilicueta is one of the clips sent to clubs by Premier League chiefs as they seek to improve VAR.

The Manchester United defender escaped punishment, either from referee Martin Atkinson or VAR, during the 0-0 draw at Old Trafford last October despite having his arms around the Chelsea defender’s neck inside the penalty area.

Responses have been returned to the governing body ahead of Thursday’s meeting of Premier League clubs, where VAR will be high on the agenda. 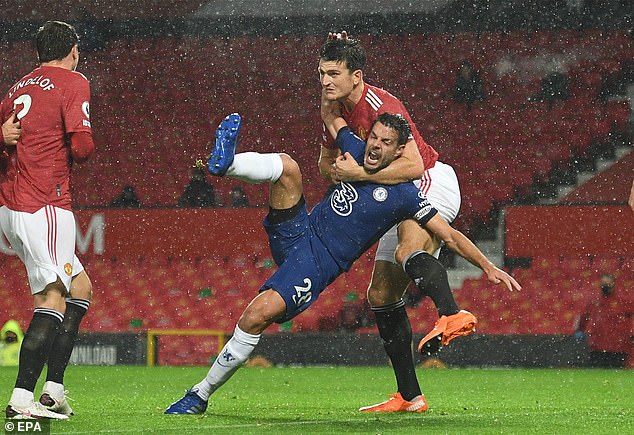 As Sportsmail first revealed last Thursday, the League wrote to clubs requesting feedback from managers, directors of football and captains — with changes set to be implemented next season. They were asked to look at offside and penalty decisions, handballs and red cards.

It is understood that clubs were sent a series of clips of incidents since VAR was introduced at the start of last season, with the Maguire/Azpilicueta clash thought to have been among them. 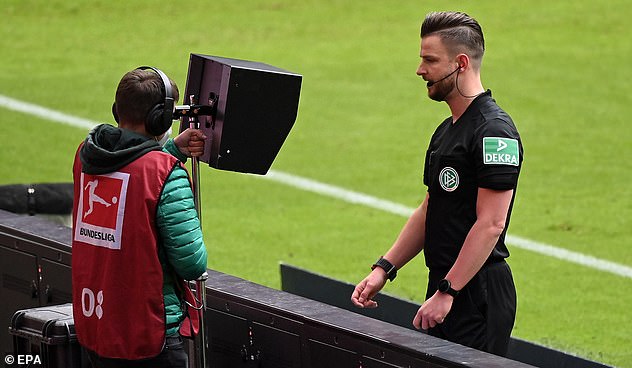 As Sportsmail first revealed last Thursday, the League wrote to clubs requesting feedback from managers, directors of football and captains on the use of VAR this season 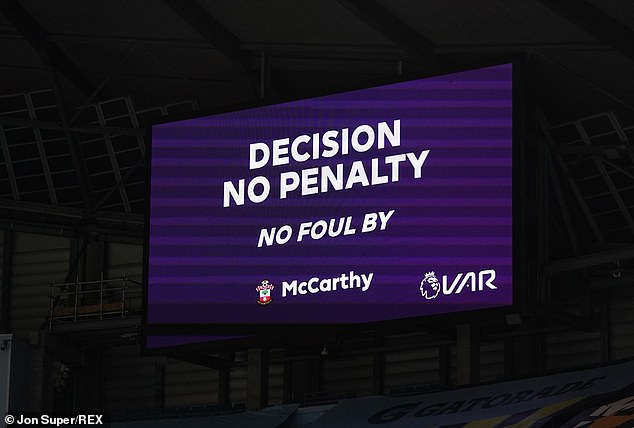 They were asked to watch each clip, then presented with yes/no questions about whether VAR should have intervened, and whether the right decision was reached. Club representatives were then invited to explain briefly their answers.

At the end of the questionnaire, they were given the opportunity to say how they thought the system could be made better. While the power to change the laws belongs to IFAB, the Premier League are keen to canvass opinion across their competition following a number of difficulties this season and last.

Clubs have grown increasingly frustrated at the lack of consistency in the decision-making process, and also the time taken to reach a verdict on the tightest calls, such as marginal offsides and disputed handballs.

Cancel reply
I find Gareth Bale is an idiot! Jan Aage Fjortoft SLAMS Bale for his disrespect | ESPN FC – ESPN UK
Even the referee had to applaud after Frank Worthingtons greatest goal – The Times