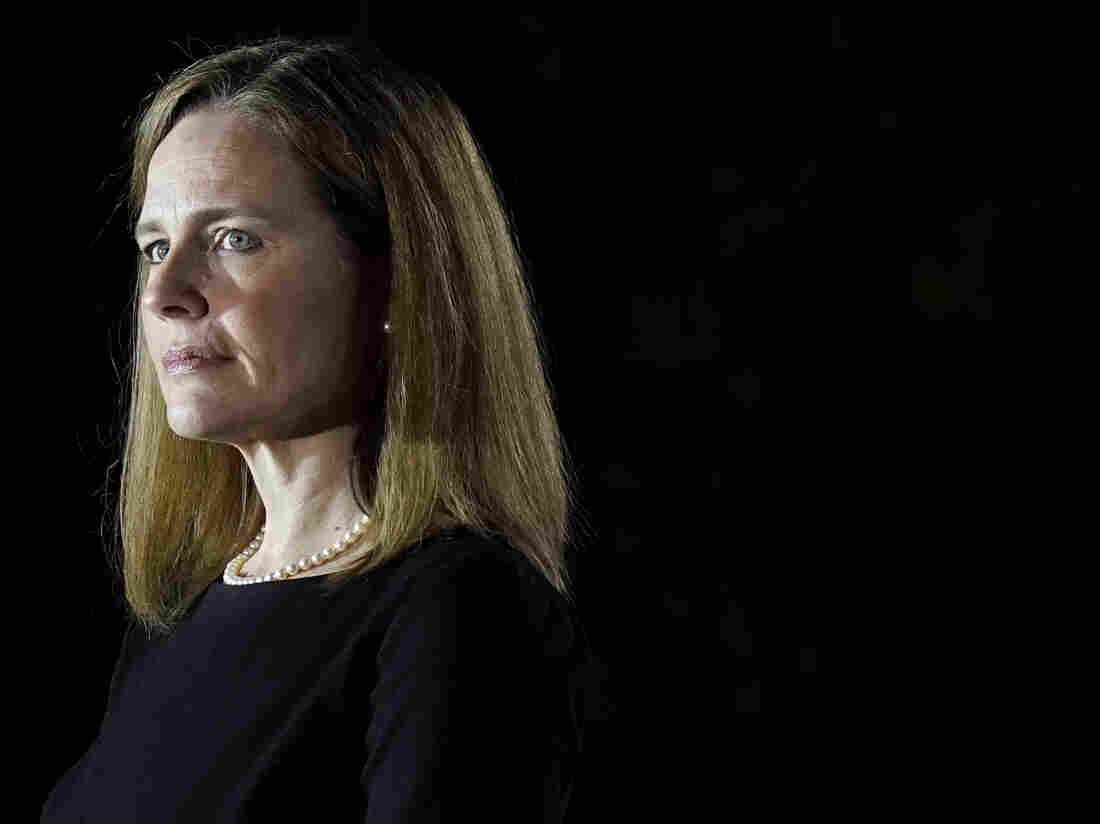 The Democratic lawmakers’ recusal letter comes at an awkward time for Justice Amy Coney Barrett after reports of her receiving a $2 million advance for a book deal. 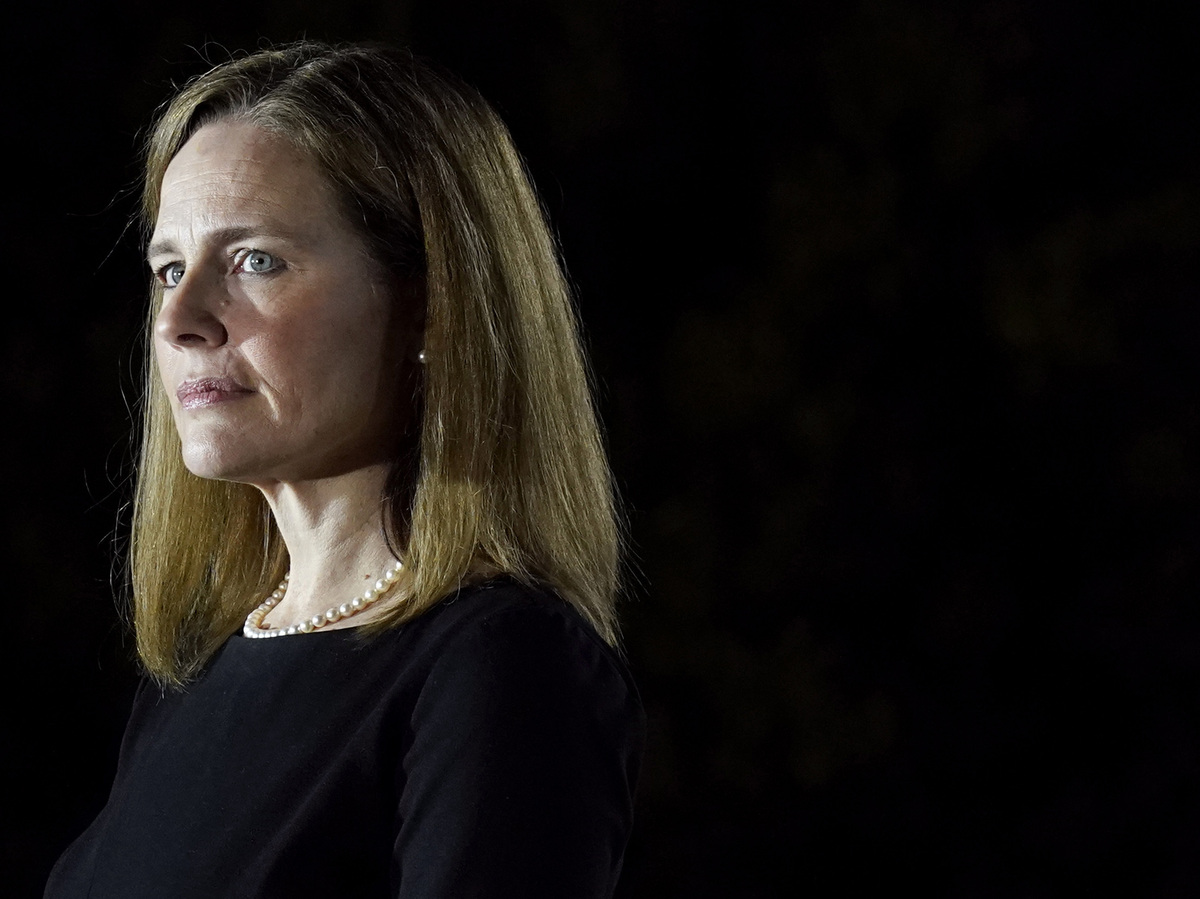 The Democratic lawmakers’ recusal letter comes at an awkward time for Justice Amy Coney Barrett after reports of her receiving a $2 million advance for a book deal.

Democratic members of the House and Senate Judiciary committees are asking U.S. Supreme Court Justice Amy Coney Barrett to recuse herself from participating in a case involving a conservative nonprofit with ties to a group that gave at least $1 million to fund a “national campaign” to win Senate confirmation of her Supreme Court nomination.

At her confirmation hearing, Barrett refused to answer questions about whether she would recuse in the case, which was then pending before the court, but had not been granted review. At the time, she said it would “not be appropriate for me as a judicial nominee to offer an opinion about such abstract issues or hypotheticals.”

But after she was confirmed, the court agreed to review the case, and there was no indication of a Barrett recusal.

The case, which is to be argued next week, was brought by the Americans for Prosperity Foundation, created by the conservative Koch brothers. It challenges a California law, similar to those in other states, that requires tax-exempt nonprofits to attach to their state tax filing an IRS form that discloses the identity of their large donors. The foundation is seeking a broad constitutional ruling that would keep its donor identities secret.

The Democratic lawmakers’ letter to Barrett notes that “just minutes after your nomination by former President Trump last September,” the Americans for Prosperity Foundation’s sister organization, Americans for Prosperity, announced in a press release it was mounting a “Full Scale Campaign to Confirm Judge Amy Coney Barrett to the Supreme Court.” The campaign was characterized as “a significant national ad campaign focusing on eleven states” and that the organization would spend “in the seven figures” — in other words, at least $1 million.

The letter goes on to cite both statutory provisions of federal law governing judicial ethics and constitutional law that the lawmakers contend require Barrett either to recuse herself or explain why she is not doing so.

The letter to Barrett comes at an awkward time for the justice. On Monday, Politico reported she has just received a $2 million advance for a book about how judges are not supposed to bring their personal feelings into their rulings. On Tuesday, the Sentinel, a conservative imprint of Penguin Random House, confirmed the news amid raised eyebrows in the publishing world over the amount paid for such a new justice, much less one who has been a judge at any level for just over three years.

Meanwhile, a sampling of opinions from legal ethicists suggests that the Democratic lawmakers’ recusal letter is, as New York University law professor Stephen Gillers puts it, “not a nothingburger.” Gillers is author of the leading textbook on legal ethics, titled Regulation of Lawyers: Problems of Law and Ethics.

The rules of judicial conduct, codified under federal law, require that “any justice, judge, or magistrate judges of the United states shall disqualify himself in any proceeding in which his impartiality may be questioned.” And, as Gillers observes, significantly, the standard under that statute is not whether the judge thinks he or she is biased. It is whether a reasonable, objective person, when told that a group with ties to an important case before the court spent at minimum $1 million to win confirmation for Barrett, would have doubts about the justice’s impartiality.

“I think the answer is that a reasonable person would have such doubts,” said Gillers, noting that this case arises not six years after a confirmation, but six months.

Indiana University law professor Charles Geyh said he agrees the question “is not frivolous.” The question under the statute, he adds, is not actual bias but whether a justice’s impartiality might “reasonably be questioned.” And Geyh thinks it might be in Barrett’s interest to recuse.

Then too there is a constitutional question raised by the recusal matter. In 2009 the Supreme Court ruled that the Constitution’s guarantee to due process of law required a West Virginia Supreme Court justice to recuse himself from a case involving a $50 million jury award against a coal company CEO. The reason: The CEO had donated $3 million to win election for the justice who twice cast the deciding vote to overturn the jury award. The U.S. Supreme Court said that presented a serious risk of actual bias, given that the $3 million was roughly 60% of the money spent to elect the justice.

That decision was the only time the Supreme Court has ruled in a conflict of interest case involving judicial campaign contributions; the vote was 5-4. But Chief Justice John Roberts wrote the lead dissenting opinion, warning that the decision could open a Pandora’s box. How do we determine what is “disproportionate?” he asked.

A similar question could be asked in the case involving the conservative Koch brothers’ Americans for Prosperity Foundation, Cornell Law School professor W. Bradley Wendel observes. But he acknowledges that the large AFP push to win Barrett’s confirmation presents at minimum a matter of “bad optics” for her. And he concedes that when it comes to the statutory provision requiring recusal of federal judges and justices in cases that present “the appearance” of bias, the question in Barrett’s case is “close to the line.”

In the last analysis, it is up to each individual justice to decide whether he or she should recuse. So, in this case, it is up to Barrett. Given that until now, she has shown no inclination to step aside in the case, ethics experts don’t expect her to cave to the Democratic lawmakers who wrote to her this week.

That said, with groups on the right and left increasingly spending large sums of money to promote or defeat Supreme Court nominees, ethics experts said it might be a good thing for her personally, and for the court, to send a message that this sort of spending can have unintended repercussions.

The letter sent to Barrett this week was signed by Democratic Sens. Sheldon Whitehouse and Richard Blumenthal, and Rep. Hank Johnson Jr. All three are chairmen of key judiciary subcommittees charged with court oversight.