By Jeorge Bird For Mailonline

Edinson Cavani has revealed that he is determined to ‘leave something behind’ from his spell at Manchester United.

The experienced striker has spent the season at United after joining on a free transfer and explained that he is eager to help the club’s young players.

Cavani, who has scored 12 goals in 33 appearances this season, outlined that he is always determined to give his best in every game and training session. 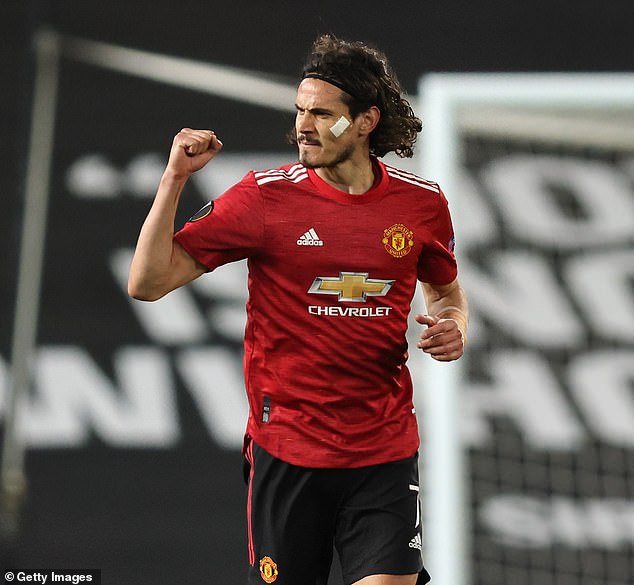 Cavani told Inside United magazine: ‘Honestly speaking, I don’t really like to just give out advice. I’m just here to do my absolute best and to support this team and to leave everything I have out on the field, whether that’s in a game or a training session.

‘Then, if a young player comes up and asks me something or they see me do things during a training session that they’d like to incorporate into their game, then that’s great. I believe that there are lessons all around you, not just from players in your own position.’ 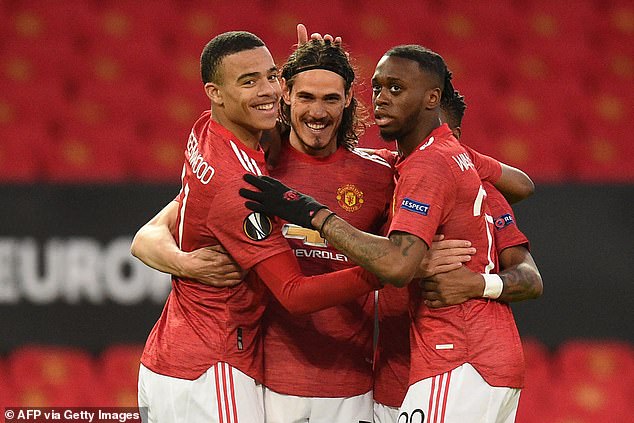 Cavani stressed that his guidance can help young players to develop.

The Uruguayan possesses a wealth of experience having made a major impact at both Napoli and Paris Saint-Germain.

He said: ‘You can always take the best bits from someone else and see if they work for you in your own game.

‘If they want to take something I say or do on board and take it as an example to use in their future development, then I’d be very happy, because it’s important to leave something positive behind.’ 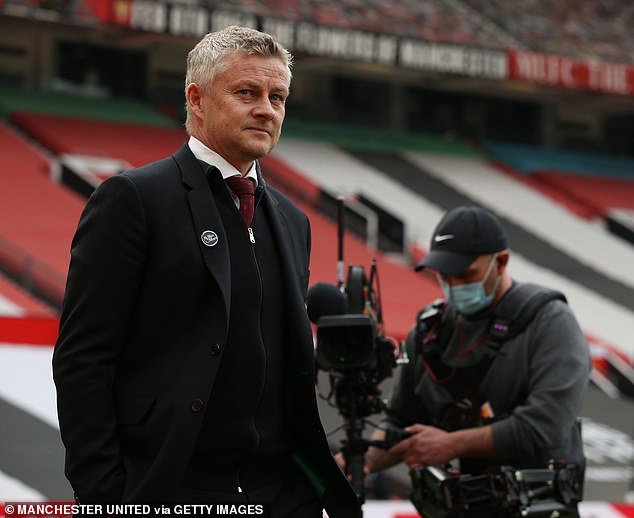 There have been suggestions that United have managed to convince Cavani to stay at the club for another year, with his current contract set to expire at the end of June.

The 34-year-old had previously been linked with a move to Boca Juniors.

Regardless of whether he remains at the club beyond this season, Cavani will be determined to help United win the Europa League this month.

Ole Gunnar Solskjaer’s side have a 6-2 lead going into the second leg of their semi-final against Roma, with Cavani having scored twice in the first leg.