Leclerc had claimed provisional pole with a 1m10.346s lap after the opening runs in Q3, where the drivers were each taking several warm-up laps to get their tyres to the best operating temperatures.

He led Max Verstappen by 0.230s, with the Red Bull leading the pack around to start the final runs.

Verstappen had just set the session’s fastest time in the first sector when, ahead of him on the track and about to finish his final flying lap of the session, Leclerc clipped the inside wall at the second part of the Swimming Pool.

That broke the Ferrari’s right-front suspension and sent him into the barriers on the outside, with the red flags showing with just over 10-seconds remaining on the clock.

The session was not restarted, which meant Leclerc’s lap from early in Q3 stood as the pole time, with Valtteri Bottas ending up third behind Verstappen. 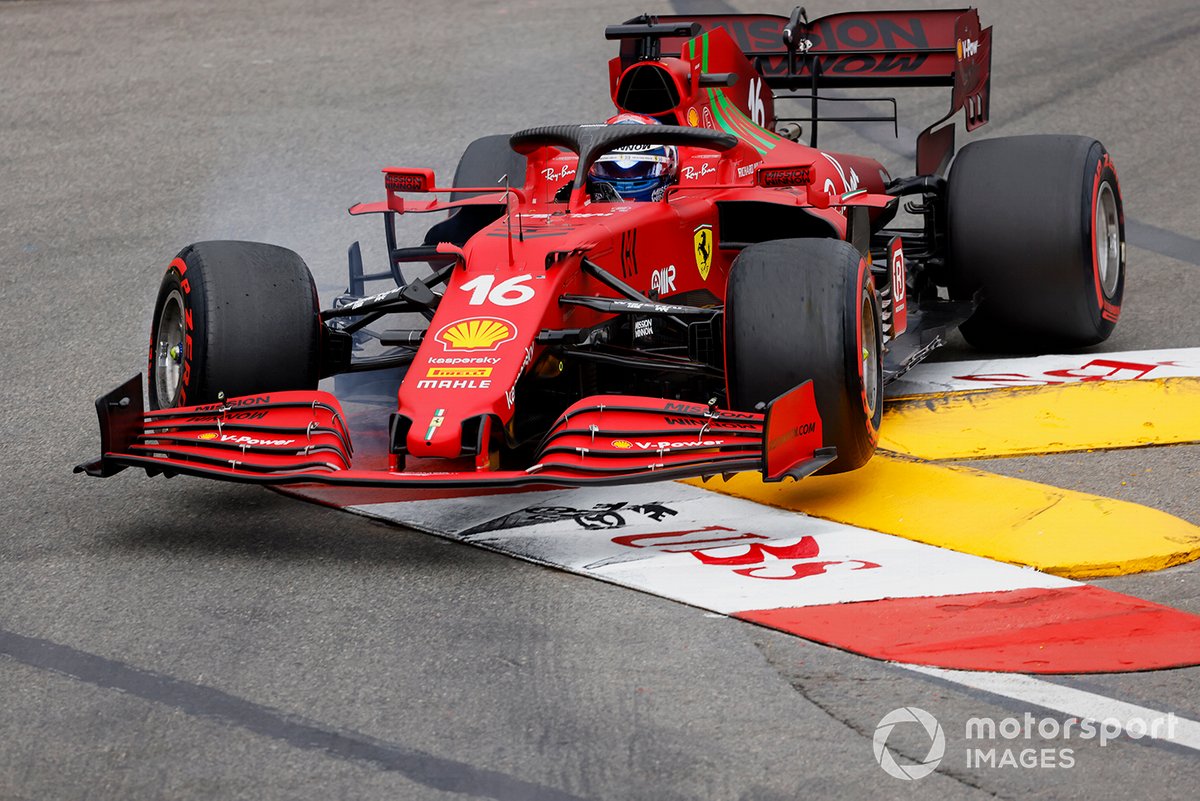 Carlos Sainz Jr took fourth in the second Ferrari, with Lando Norris fifth for McLaren – the Briton taking a contra-approach in Q3 by running in the middle of the segment and returning to the pits ahead of the final runs.

The world champion struggled with oversteer throughout the session, never looking like he was set the threaten the top spots, and at one point late in Q3 appearing to clip the barrier at Portier.

Sebastian Vettel was eighth ahead of Sergio Perez and Antonio Giovinazzi, who gave Alfa Romeo its first Q3 appearance of 2021.

Esteban Ocon found a chunk of time on his final lap in Q2 but ended up 0.077s slower than Giovinazzi as the highest faller in the middle segment.

Behind him, Daniel Ricciardo, Lance Stroll and Kimi Raikkonen all found time on their last laps but were also knocked out. 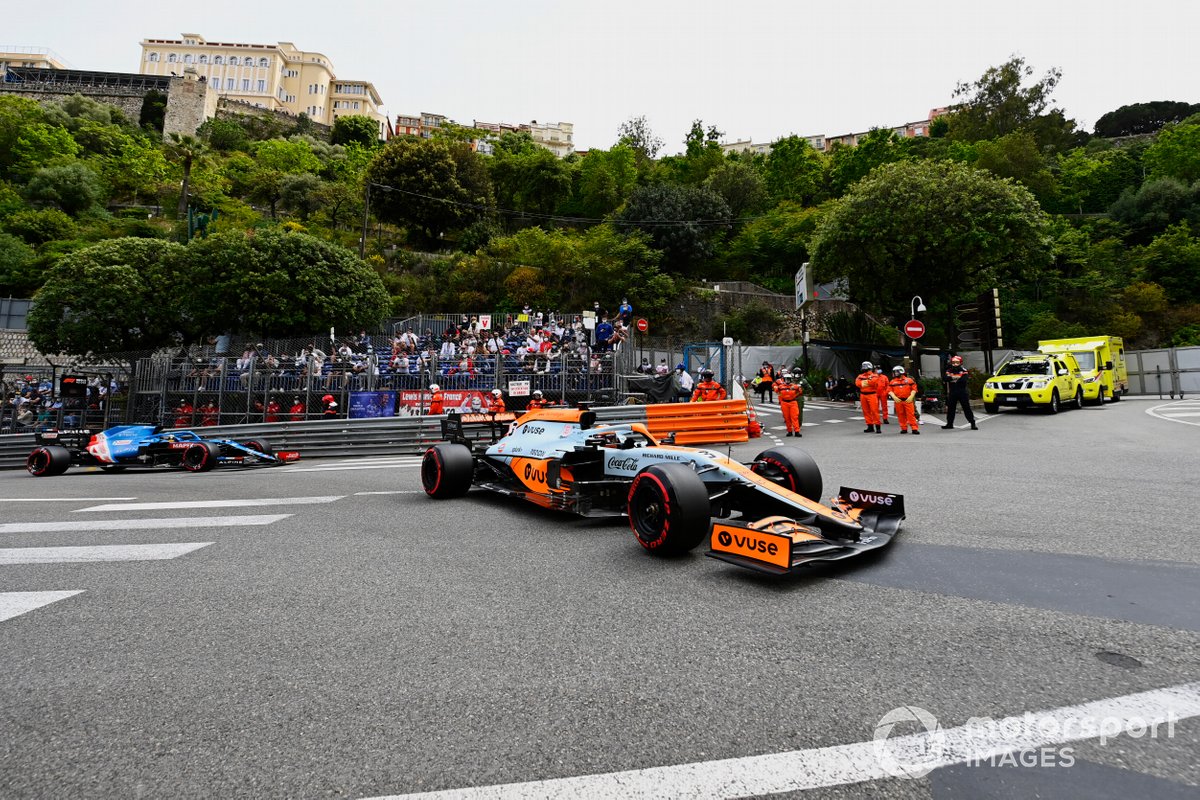 George Russell qualified 15th after continuing his record of progressing from Q1 at every event so far in 2021. He went faster again in Q2, but could not climb any higher.

In Q1, where all the field completed several laps to build up to speed – Verstappen and Norris had the joint lowest lap count, seven – all the fallers completed their best times in the opening segment on their final runs.

But those improvements where not enough for Yuki Tsunoda and Fernando Alonso, who became the surprise exits for AlphaTauri and Alpine respectively.

Behind them came Nicholas Latifi and Nikita Mazepin, with the latter’s team-mate, Mick Schumacher, set to start the race in last after his FP3 shunt at Casino Square.

The damage to the rear and left-hand side of Schumacher’s Haas chassis was so severe that he could not take part in qualifying, with the team continuing to evaluate just how much damage had been done ahead of the session starting.