These players face a big decision this summer. Some need more game time, some have their sights on bigger and better things. This is our very attacking Premier League crossroads XI.

Goalkeeper: Nick Pope
“If they offered a bag of crisps and a pint of lager, in a pub, the way things are going… I might actually take it,” said Sean Dyche in his slightly cringeworthy man-of-the-people style when asked what it would take for Spurs to lure Pope away from Turf Moor.

£50million was the figure put to him. For the best ‘keeper of goal’ in the Premier League that seems like a bit of a snip, but with the posts between which Pope stands having been moved in terms of what is expected of a Champions League-quality goalkeeper, any top team would have to take a punt on being able to improve his footballing skills.

To be fair to Pope, he’s rarely allowed to showcase his ability with his feet outside of brief showings with England and there’s no reason to suggest he wouldn’t be able to raise his game in a team coveting such skills. He deserves that chance.

Right-back: Callum Hudson-Odoi
He’s played right wing-back this season, alright? And it looked initially as though Thomas Tuchel preferred him to Reece James in that role, with Hudson-Odoi starting four of the German’s first five Premier League games in charge.

But it didn’t take Tuchel long to realise James’ superiority and it’s been a bit of a bumpy road for Hudson-Odoi since. He’s started just three of Chelsea’s last 13 league games, was removed at half-time in one of those, while against Southampton he was taken off having come on as a substitute with Tuchel “not happy” with his attitude.

Competition for places besides that right wing-back berth is fierce. He’s been tentatively linked as a makeweight in a deal for Harry Kane, but that seems very unlikely. A loan move could be the best option – he needs to play.

Centre-back: Victor Lindelof
Harry Maguire’s absence has highlighted Manchester United’s need for a new centre-back. Lindelof is capable, but when you compare him to the quality of Manchester City’s defensive options, for example, he falls well short.

He – like Eric Bailly – is tied to a long-term contract, but both of them face the prospect of lengthy spells on the sidelines should a shiny new defender arrive to partner Maguire.

Centre-back: Andreas Christensen
Chelsea have gone from having four middling centre-backs – Christensen, Kurt Zouma, Antonio Rudiger, Fikayo Tomori – and Thiago Silva, to seven very capable ones: those five plus Cesar Azpilicueta and James. Tuchel has done quite the job and talk of reinforcements in that role has gone very quiet.

Tomori looks (frustratingly) like he’s staying in Milan, but that’s still six centre-backs for three slots. Silva will be 37 while showing no signs of slowing down, Azpilicueta remains a certain starter and Rudiger has surpassed both Zouma and Christensen in the pecking order.

It’s not that Zouma and Christensen won’t get game time – Tuchel has chopped and changed nicely thus far – it’s whether they consider a bit-part role to be enough.

Left-back: Alex Telles
Luke Shaw has royally screwed him. Not only has the England international stayed fit for the fist time in forever, he’s also been one of Manchester United’s two best players. No-one saw that coming, least of all Telles after his £13million summer move from Porto.

The Brazilian would have quite fairly assumed he would be first choice when he arrived at Old Trafford but has started just seven Premier League games. He is said to be desperate to make the Brazil squad for the World Cup next year and Juventus are rumoured to be interested. Off you pop, Alex.

Defensive midfielder: Wilfred Ndidi
There’s no particular reason to suggest Ndidi wants to leave Leicester – he’s just won the FA Cup. But it would be criminal for him not to be playing Champions League football next season. That is still on the cards with the Foxes of course, but it would require dramatic folds from Liverpool and Chelsea.

He’s Leicester’s stat leader of the season and would be a mind-boggling upgrade on Fred. Let the bidding battle commence.

Attacking midfielder: Jesse Lingard
Despite his outstanding West Ham form, Lingard appears to remain little more than a bargaining chip for United – they’ve moved on. But that’s fine. The question is whether Lingard sees himself remaining with David Moyes and the Hammers or is willing to take a further step down to join Spurs, in the hope it will eventually prove to be more a profitable option. That’s assuming the Kane black hole doesn’t devour their entire existence.

Attacking midfielder: Alex Oxlade-Chamberlain
“I’ve been kicking myself, trying to push and ask questions, but sometimes it doesn’t always go your way,” Oxlade-Chamberlain said after his excellent goal at Turf Moor on Wednesday. He remains “delighted” to be a part of the Liverpool squad and promises to keep giving Jurgen Klopp “decisions to make”.

The problem is Klopp almost always decides not to pick him. He’s started just two Premier League games this season and was substituted on the hour mark in those two 1-0 defeats to Southampton and Burnley.

Amid countless reports of potential Georginio Wijnaldum replacements, Oxlade-Chamberlain sits rotting on the bench. He’s been injury free since mid-December so that excuse bears no weight. Defecate or get off the pot, Alex. 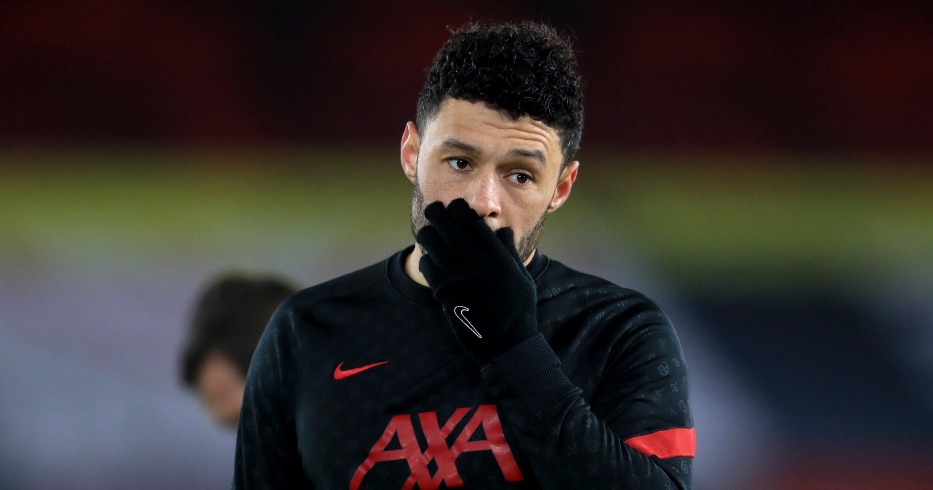 Attacking midfielder: Anthony Martial
Should United finally land a right-winger and potentially a striker, Martial wouldn’t get much of a look-in. Marcus Rashford is the preferred dribbling option on his favoured left side and Ole Gunnar Solskjaer is also putting square peg Paul Pogba in that round hole.

Martial is an incredibly frustrating footballer and though his lack of sh*ts may simply be an external impression rather than actual outlook, he doesn’t have the numbers or make contributions worthy of putting up with the sourpuss nonsense any longer.

Striker: Tammy Abraham
Many people have questioned why Tuchel hasn’t given Abraham a chance. It’s obvious isn’t it? He’s not good enough.

It sounds harsh given he was Chelsea’s leading goalscorer last season and it’s always tough for fans to admit an academy product just hasn’t made the grade – particularly one who clearly loves the club and seems like such a nice lad. But it would difficult to come up with a cogent argument to suggest he can lead the line in a title-winning team: he’s good at most things, but he’s not great at anything.

£40million might be a bit steep, but there will be plenty of interest.

Thursday: Kane says he will have a sit down with Daniel Levy.

Saturday until August 31: Much, much more of this sh*t.