Earlier this month the Job Creators Network (JCN) sent a letter to Major League Baseball (MLB) commissioner Rob Manfred, put up a billboard across from his New York City office, and ran a full-page ad in The New York Times slamming his decision to move the league’s All-Star game from Atlanta to Denver in protest of Georgia’s election law. Now, JCN is set to erect a billboard in New York City’s Times Square, across from Manfred’s office, which says “Hey Rob: All Strikes and No Balls?”

The All-Star Game was estimated to bring between $37 million and $190 million in revenue to the greater Atlanta, Georgia, area according to data from Bill Volckmann, Finance Director for Cobb County, whose office appraised the potential economic impact of the mid-summer sports event would have on the local economy and businesses.

“MLB Commissioner Rob Manfred’s hundred-million dollar slap in the face to minority-owned businesses deserves a billboard of a proportionate size,” Alfredo Ortiz, President and CEO of the Job Creators Network, said in a statement. “Small, minority-owned businesses in Georgia have been struggling to get by in the aftermath of the coronavirus pandemic, and moving the MLB’s All Star game is pulling the rug right out from underneath them.”

“And for what?” Ortiz asked. “To virtue signal against a law that closer aligns Georgia voting rules with other states? Commissioner Manfred needs to stand up to the woke mob and step up for the small businesses of Atlanta by moving the game back to Georgia.”

And if he chooses to ignore that?

Well, we’ve put up a billboard in Times Square… 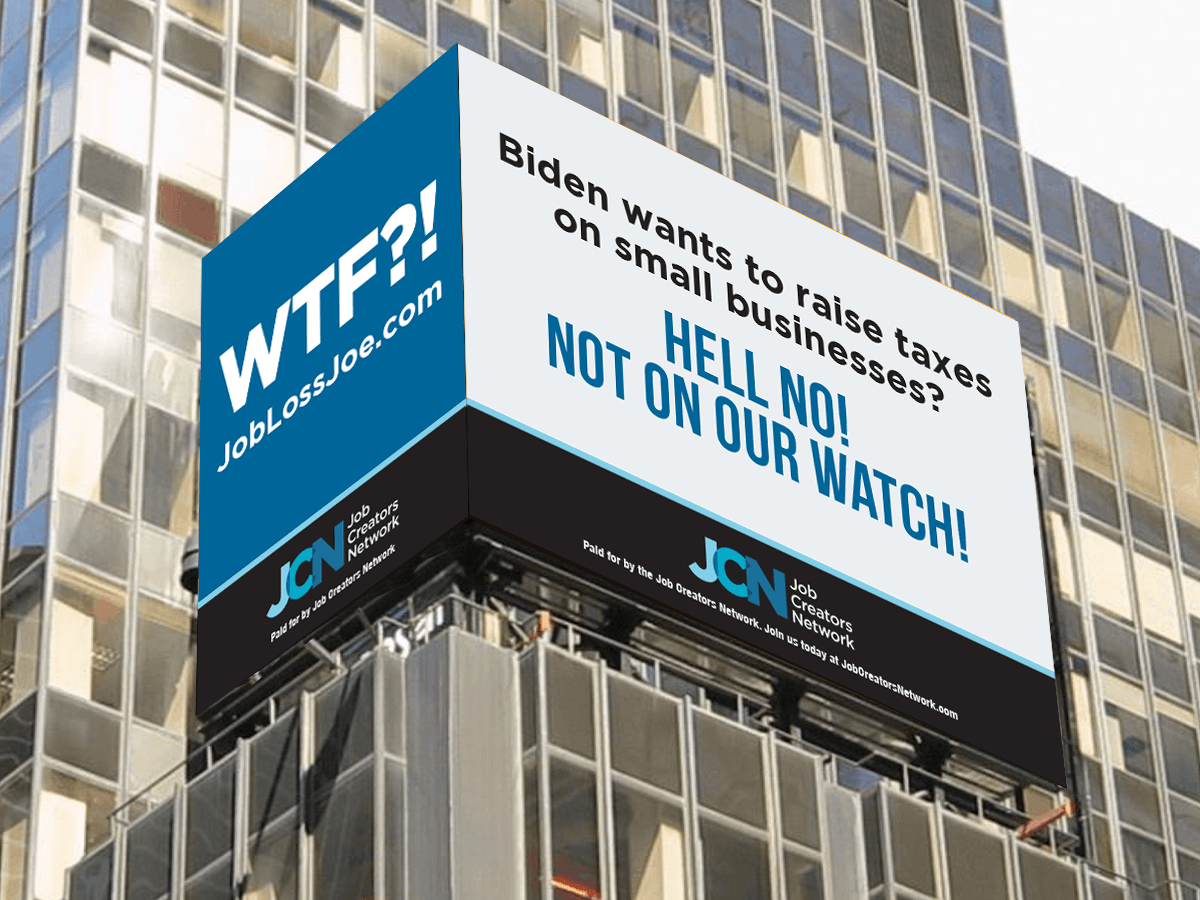 “Biden wants to raise taxes on small businesses? HELL NO! NOT ON OUR WATCH!” the two-sided billboard reads. “WTF?!” the other side of the billboard says, with the website JobLossJoe.com tucked underneath.