President Joe Biden wore a mask outdoors during a speech in Louisiana on Thursday, ignoring updated guidelines from the Centers for Disease Control allowing vaccinated Americans to be outdoors without a mask.

Biden wore a mask and his aviator sunglasses during an event in Lake Charles, Louisiana, as he walked up to the podium and delivered a speech about the importance of infrastructure. The president exited a tent wearing his mask and saluted as he took the stage. He removed his mask before he began to speak.

A White House aide even approached Biden’s podium and wiped it down with sanitizer before the president spoke, although it sat in the blazing sunlight. The temperature in Lake Charles was 79 degrees. 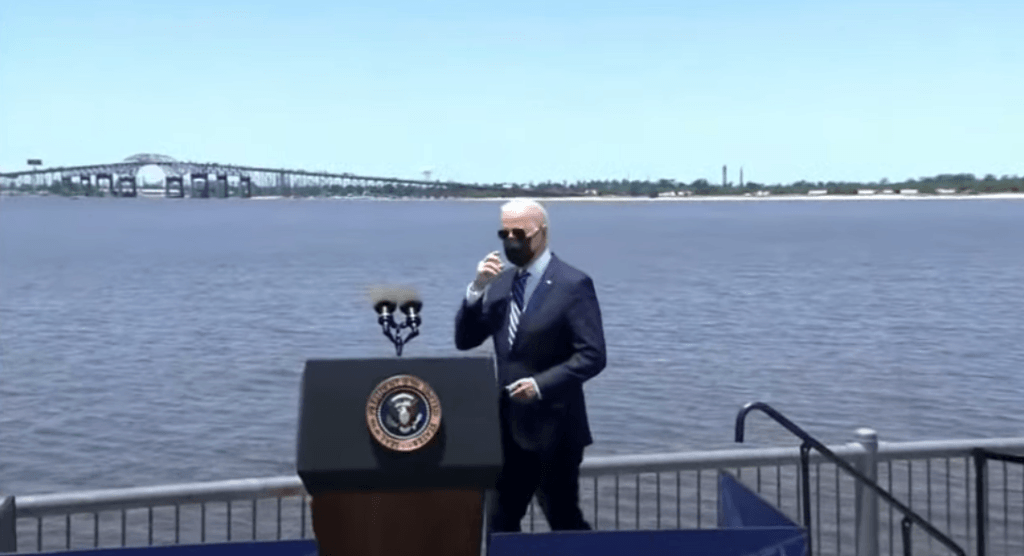 After his speech, however, Biden left the podium without his mask and fist-bumped some of the masked hard-hat-wearing workers at the event.

It remains unclear why Biden continues to wear a mask outdoors despite the updated guidance from the CDC.

Last week the president refused to leave a podium without his mask after First Lady Jill Biden reminded him to put it back on.

At an outdoor event at an Amtrak station last week, Biden also wore a mask as he approached the podium to give remarks.

He also arrived at an outdoor event at the White House wearing a mask but said he did so in order to leave the event without it.

White House Chief of Staff Ron Klain told CNN’s Anderson Cooper Tuesday that Biden did not wear his mask outdoors unless he was moving between cars or buildings.

“People catch him sometimes — pictures, getting in or out of a car, he hasn’t yet had a chance to take his mask off or is going into a building,” Klain said. “So he, you know, puts it on for convenience. The president doesn’t wear his mask when he’s outside generally.”