John Travolta‘s daughter penned an emotional tribute to the actor this week as he celebrated his first birthday since the passing of his wife, Kelly Preston.

“Happy Birthday to the most incredible man I have ever known. You are not only the best Dad ever, but you are also my best friend,” the budding actress wrote on Instagram.

Ella also thanked Travolta for “raising us, helping us and loving us.” 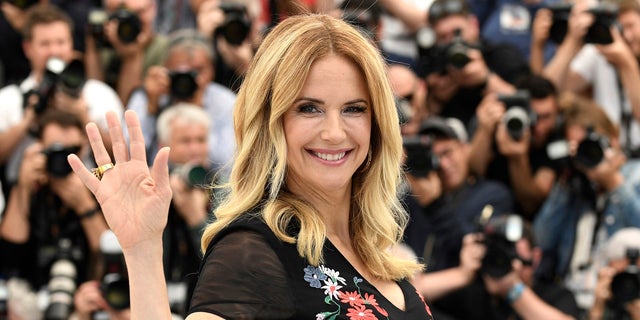 Actress Kelly Preston, who starred in movies such as “Jerry Maguire” and “Twins,” died in July at age 57, her husband, John Travolta, confirmed the news in a heartfelt Instagram post at the time.
(Arthur Mola/Invision/AP, File)

“The world is so lucky to have you and so are we. I love you Daddy. I had the best time celebrating your birthday with you yesterday ❤️❤️❤️,” Ella concluded.

The father-daughter duo have made headlines in recent months for their close bond. Earlier this month, the actor and his daughter starred in a Super Bowl LV commercial together. The commercial for Scotts Miracle-Gro sees Travolta struggling with an iPhone tripod while Ella watches.

The two then transition into a “Grease“-inspired dance routine that the actor performed alongside Olivia Newton-John back in 1978. The duo can be seen dancing along to Surface’s “Sunday Best.” 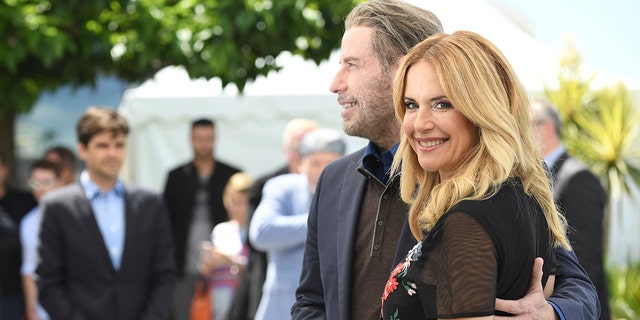 Actors John Travolta and Kelly Preston pose for photographers during a photo call for the film ‘Gotti’ at the 71st international film festival, Cannes, southern France.
(Photo by Arthur Mola/Invision/AP)

In a statement shared with Fox News, the Golden Globe winner spoke on the opportunity to perform alongside his daughter in the upcoming big game ad.

“Super Bowl for me is a major yearly celebration,” Travolta noted. “When Scotts Miracle-Gro asked me to do an ad for the Super Bowl with my daughter I was thrilled, especially since we were asked to dance together.”

“We had a blast honoring the backyard along with all of these wonderful people, in our “Sunday Best” for Super Bowl Sunday,” he added.

Preston, who starred in movies such as “Jerry Maguire” and “Twins,” died in July at the age of 57 after battling breast cancer for two years. Travolta was the one to announce Preston’s passing. They were married for 19 years.

“It is with a very heavy heart that I inform you that my beautiful wife Kelly has lost her two-year battle with breast cancer,” Travolta wrote on Instagram one day after her passing. “She fought a courageous fight with the love and support of so many. “

He continued: “My family and I will forever be grateful to her doctors and nurses at MD Anderson Cancer Center, all the medical centers that have helped, as well as her many friends and loved ones who have been by her side. Kelly’s love and life will always be remembered. I will be taking some time to be there for my children who have lost their mother, so forgive me in advance if you don’t hear from us for a while. But please know that I will feel your outpouring of love in the weeks and months ahead as we heal. All my love, JT.”

Caitlyn Jenner Slams Transphobic Jimmy Kimmel: Being WOKE Must Be Optional If Youre a Democrat

Caitlyn Jenner Slams Transphobic Jimmy Kimmel: Being WOKE Must Be Optional If Youre a Democrat