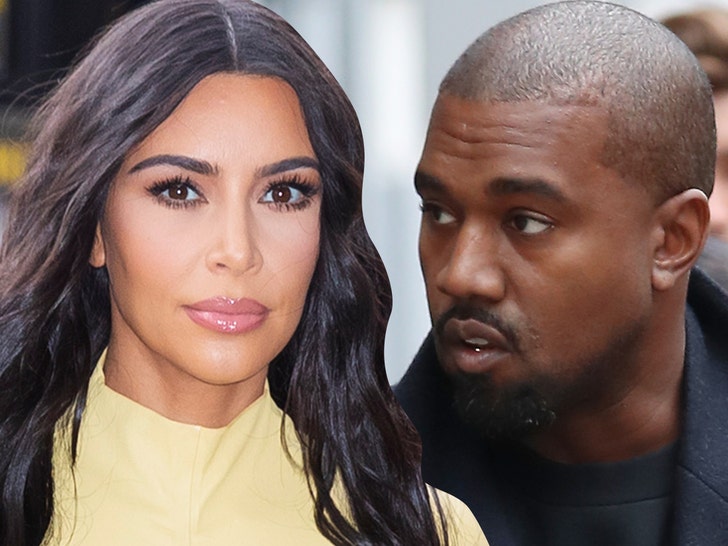 Kanye West‘s mental health issues will not have an impact on Kim Kardashian‘s move to share custody of their 4 kids, because there’s always been a safety net in place and that won’t change.

Sources with direct knowledge tell TMZ … Kim totally trusts Kanye with their kids. That said … given their lifestyle, he’s rarely alone with them. In good times and bad, there are almost always caretakers or family members around the children.

While the majority of time is spent with help … our sources say Kanye’s a great dad, and over the last few months even made a couple trips with just him and some of the kids … no additional assistance.

Our sources say Kanye’s generally not around the kids when he’s having a bipolar episode.

TMZ broke the story … Kim is asking for joint legal and physical custody, but that doesn’t automatically mean it’s a 50/50 split. Joint custody can be whatever the parents agree to, and historically, Kim cares for the children the lion’s share of the time and that’s not expected to change.  Kim feels Kanye is a great dad, and Kanye knows Kim’s a great mom as well.

We broke the story … Kim filed to divorce Kanye Friday after 7 years of marriage. The writing was on the wall for several months after a tumultuous second half of 2020 for Kanye, but we’re told things are amicable now and the 2 are committed to co-parenting.