11:37 AM PT — Kodak’s attorney, Bradford Cohen, tells TMZ … the security guard was in a car when he was struck by gunfire, and Kodak was not in the vehicle. The security guard is now in stable condition.

Kodak Black and his entourage were ambushed outside a fast food joint in Florida, and the shooting left one of his security guards in serious condition … according to police.

Gunfire erupted around 3 AM Monday morning in the parking lot of a McDonald’s in Tallahassee. Law enforcement tells us the shooter opened fire from a car that was tailing Kodak and co.

Law enforcement sources say the rapper’s entourage was being followed by several cars attempting to cut them off as they left a nightclub, and Kodak’s camp pulled into the McDonald’s and blocked the entrance with a car while KB went inside to pick up an order.

We’re told one of the cars tailing Kodak went to the McDonald’s, left and then came back … and that’s when people inside the vehicle started shooting.

Kodak’s security guard was shot in the leg and rushed to a local hospital with serious injuries, police say, while Kodak was whisked away in an armored car and was unharmed. 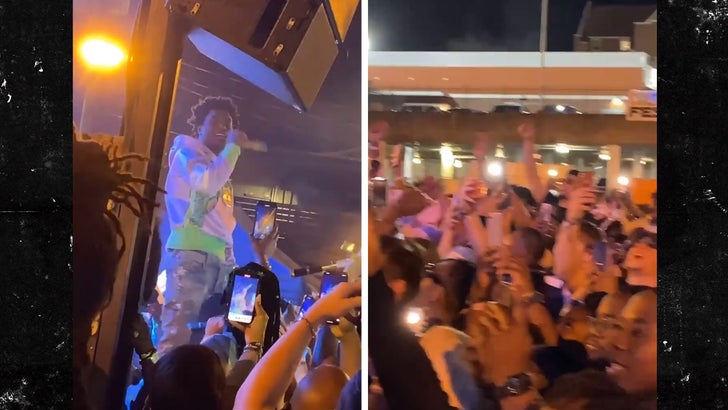 Kodak was in town headlining a Sunday music festival, Cultur3 Fest, and the security guard is reportedly undergoing surgery after one of the shots apparently hit an artery.