Actor Wendell Pierce recently spoke with Britain’s LBC radio station and addressed the bombshell interview between Markle, her husband Prince Harry and Oprah Winfrey, in which the royals discussed everything from their family relationships to their mental health struggles.

Pierce played Markle’s father on the legal drama, having appeared in 36 episodes, per IMDb, while Markle is credited with 108 appearances.

During his radio interview, Pierce, 57, slammed the Duke and Duchess of Sussex for holding the interview in the midst of the ongoing coronavirus pandemic, according to reports. 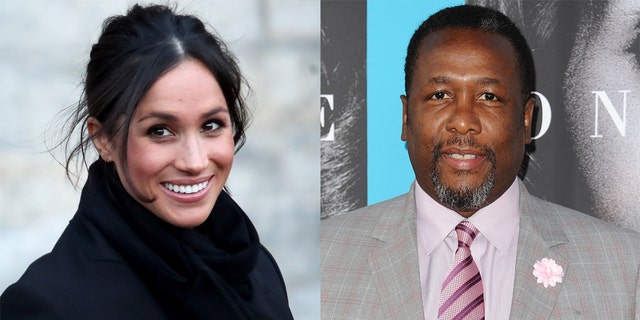 Meghan Markle’s former ‘Suits’ co-star Wendell Pierce said it was ‘insensitive’ to hold such an explosive interview in the midst of the coronavirus pandemic.
(Getty Images)

Furthermore, he said that the former actress and Prince Harry’s interview evoked Shakespeare’s famous line “full of sound and fury signifying nothing” from “Macbeth.”

Pierce said he found it “quite insensitive and offensive that we are all complicit in this sort of palace… gossip in the midst of so much death. I think it is insignificant.”

He clarified that he was criticizing “everyone” involved, including Winfrey, television networks CBS and ITV, Harry, Markle and the Palace.

The actor also insisted that the royal family shouldn’t engage in such matters, but should instead “focus on the throes of death that we’re in.” 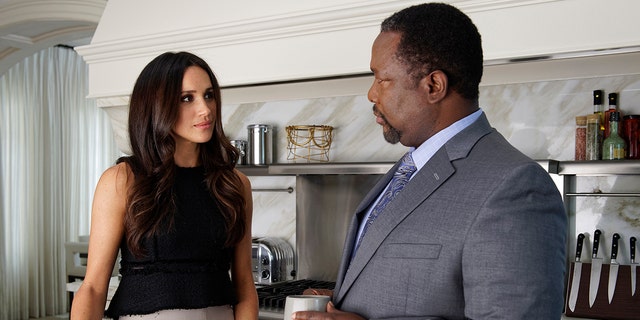 The royal duo addressed how racism has played a role in their lives, even claiming that a member of the Institution spoke with Harry about the skin color of his then-unborn child.

Pierce, who has not spoken to Markle since 2019, said that despite race playing such a pivotal role in their “Suits” chacters’ storylines, he didn’t discuss the topic with her much.

“We didn’t have long discussions about it, besides what was in the script and what was happening in our personal lives,” he said.

Back in 2018, Pierce revealed he shared one last special moment with Markle before she said goodbye to “Suits” following her engagement to Harry.

Markle and her husband Prince Harry discussed everything from their family relationships to their mental health struggles in a sit-down interview with Oprah Winfrey on Sunday.
(AP Photo/Frank Augstein, File)

Pierce told U.K.’s Telegraph he still “cherishes” one memory with Markle before they filmed the finale of Season 7 — the last episode they starred in together.

He told Markle, who appeared as Rachel Zane in the legal drama, that he was her friend “no matter where you are or what’s going on.”

Reps for Pierce, Harry and Markle did not immediately respond to Fox News’ request for comment.