Miles Teller spoke out on Twitter for the first time since allegedly being jumped by two men while on vacation in Hawaii.

The “Whiplash” star’s wife, Keleigh Sperry Teller, 28, took to her Instagram Story on Friday night to claim he was “jumped by 2 men” while they were vacationing with Aaron Rodgers and Shailene Woodley.

The 34-year-old actor broke his silence on the alleged incident in response to a sports announcer who seemed to make light of the headlines announcing the attack.

SiriusXM host Pat McAfee commented on the story while showing a clip from WWE “Smackdown” showing one performer dealing a massive uppercut to his opponent in which he joked that “Miles Teller didn’t even eat a shot that hard.”

The joke clearly riled up Teller, who responded to the tweet and criticized McAfee for making light of the situation.

“I got jumped by two guys in a bathroom. Never met them before in my life but ya cool wrestling segue bud,” the actor wrote.

McAfee responded to the tweet by apologizing and giving a slightly snarky rebuttal.

“Miles.. I apologize for not knowing the whole story. I will fix my position and make it right… with that being said, it was a pretty good segue,” he wrote.

Teller’s comments echo those made by his wife, who posted Friday that her husband was attacked by two strangers “after they trapped him in a bathroom.” She did not share what, if any, injuries he sustained.

Her revelation came hours after a TMZ report claimed the actor was “punched in the face” in a dispute over money. Keleigh Teller said that report was “completely false.” 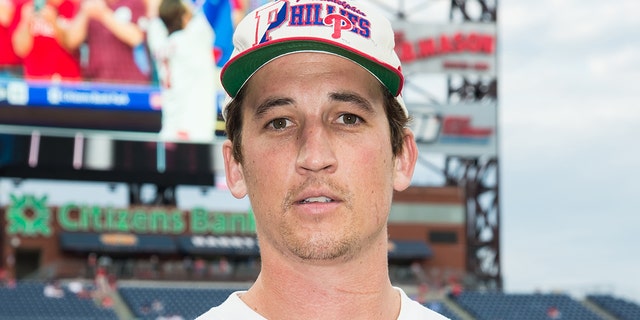 Miles Teller slammed a sports announcer who made light of his recent altercation in Hawaii.
(Gilbert Carrasquillo/Getty Images)

She went on to claim the Maui incident is now being investigated by police. Reps for Teller and the Maui Police Department did not immediately return Fox News’ requests for comment.

In a statement Friday, a police spokesperson told People that officers “responded to a report of an assault that occurred at a West Maui restaurant involving a male victim and one responsible party.” The spokesperson confirmed authorities are investigating.

The statement did not make mention of a second suspect and said “no further information” was available.