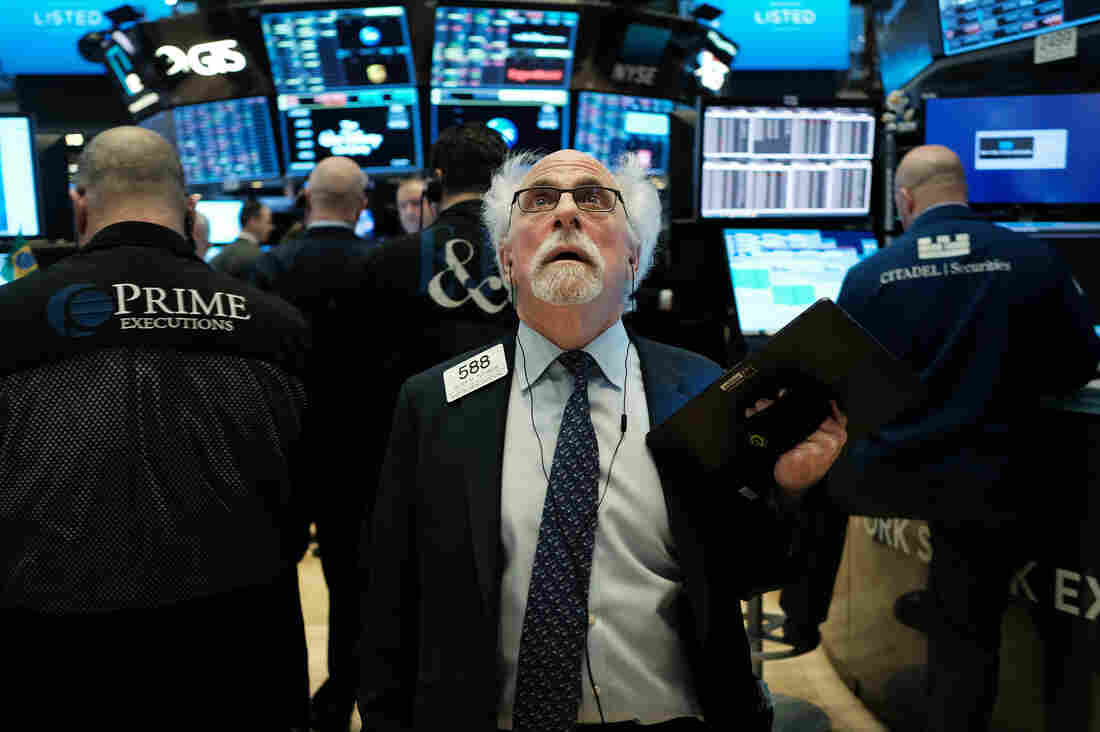 Stock trader Peter Tuchman works on the floor of the New York Stock Exchange on March 9, 2020. 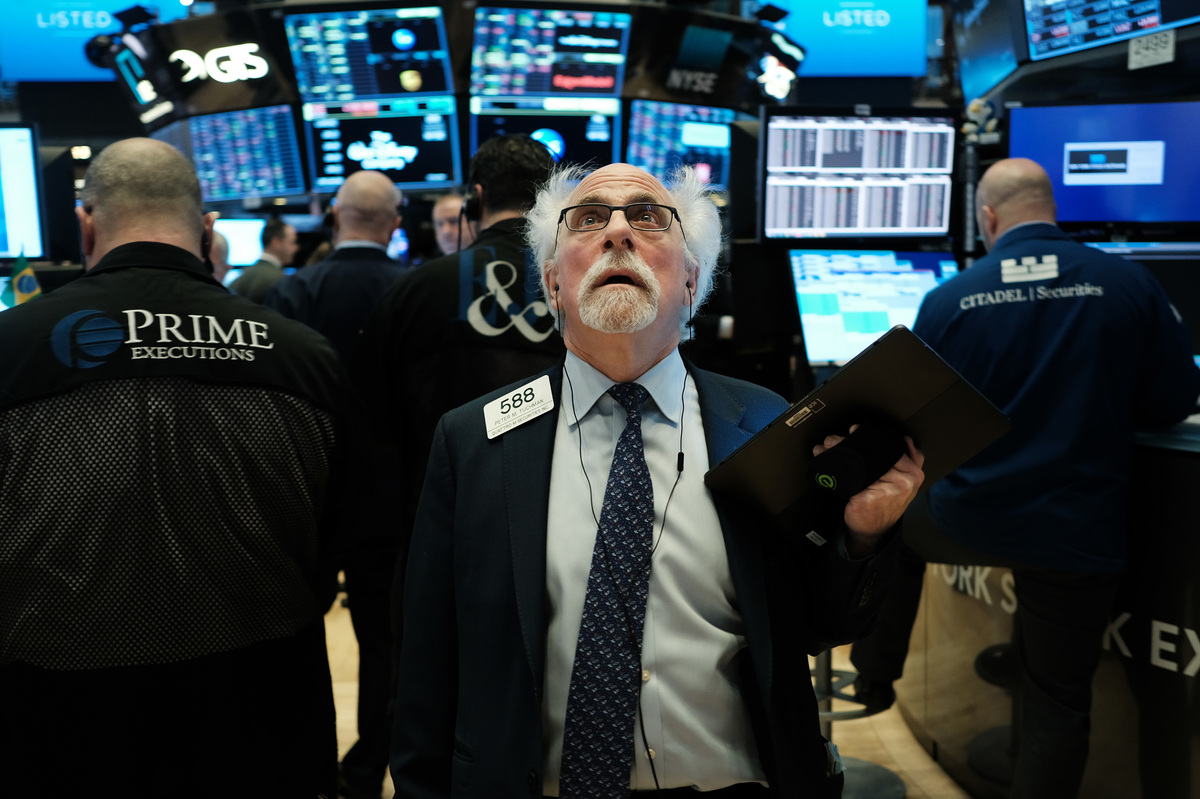 Stock trader Peter Tuchman works on the floor of the New York Stock Exchange on March 9, 2020.

After Peter Tuchman left the New York Stock Exchange in March, he was worried he wouldn’t come back.

“I basically came very close to dying,” he says.

Known as “the most photographed man on Wall Street,” Tuchman has an amazing expressiveness that tells you instantly if stocks are up or down. He contracted COVID-19 early on, and has had health issues ever since. Tuchman didn’t return to the trading floor full-time until November.

Since the stock market reopened its iconic trading floor last May, after a temporary closure, it has operated with a skeleton crew on site.

Starting Monday, that will change. If 100% of a firm’s traders are fully vaccinated, they can start sending more of them back to the floor. They will be able to eat lunch in their booths again. Masks will be optional in some parts of the floor.

For Tuchman, this is another step forward on the path to normalcy. “We, as the ones who are still left here, are significant and relevant and important,” he says.

The Exchange Is An Outlier

The New York Stock Exchange stands out among its rivals. These days, most markets don’t have trading floors; they are all-electronic. Last week, the CME Group announced it won’t reopen most of its trading pits in Chicago, which it closed during the pandemic.

In 2020, when the New York Stock Exchange decided to send its traders home, there was speculation it could portend a permanent change. 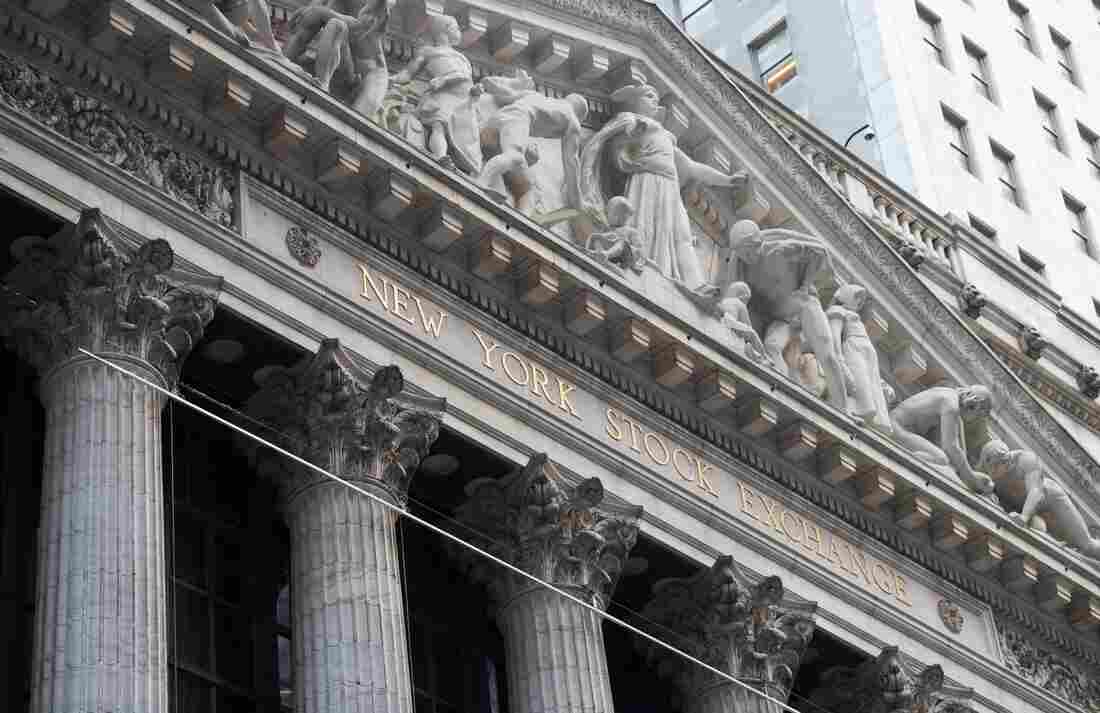 The New York Stock Exchange at Wall Street is expected to fully open it trading floor. 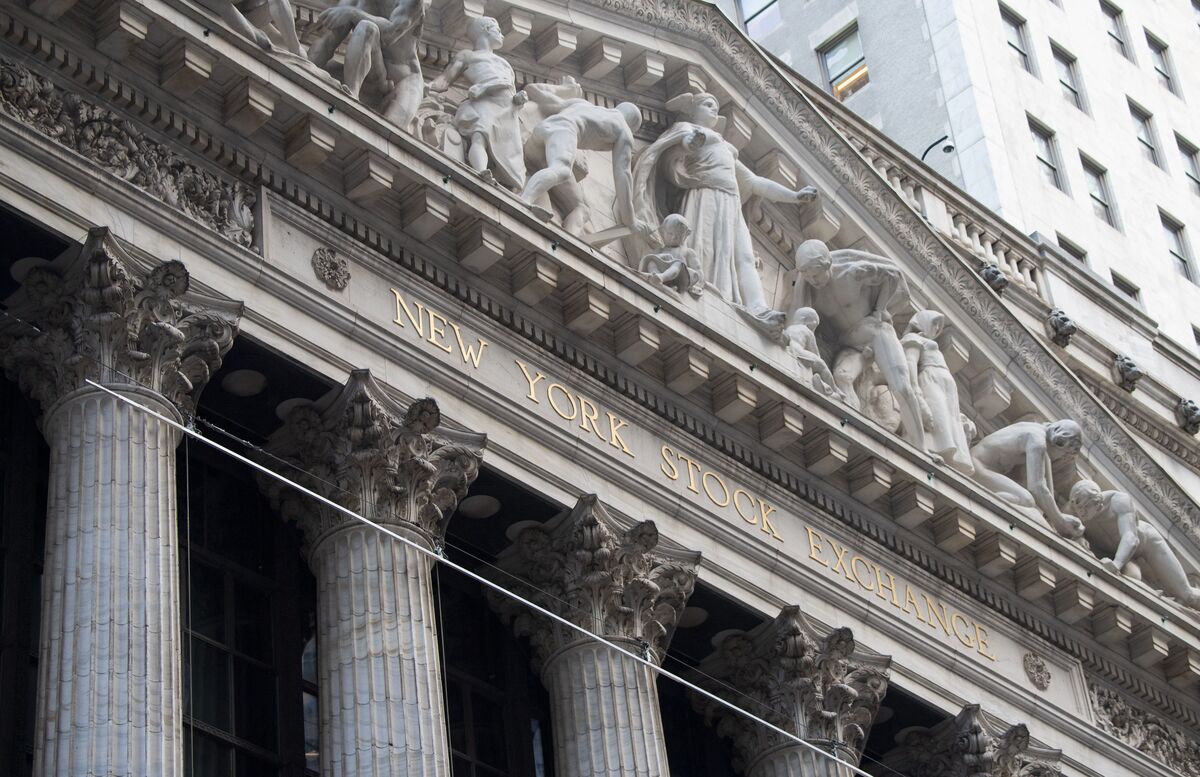 The New York Stock Exchange at Wall Street is expected to fully open it trading floor.

“Many of us thought, well, maybe they’ll take the opportunity to get rid of it once and for all,” says Joel Hasbrouck, the Kenneth G. Langone Professor of Business at New York University. “But they didn’t. They brought it back.”

He says that there continues to be an argument for having a traditional trading floor. It can make complicated transactions easier, and there is a benefit to conducting some negotiations face to face.

Stacey Cunningham, the president of the New York Stock Exchange, embraces its status as an outlier.

“It’s absolutely true that you can run a market without a trading floor,” she says. “The difference is you get a much better result when you combine people with technology in a well-integrated way.”

And that’s the pitch she and her colleagues make to companies that are considering selling stock to the public.

The Lure Of The Iconic Bell

Cunningham also likes to play up the institution’s long history. The familiar loud ringing of a big bell signals the opening and closing of the day’s trading. The New York Stock Exchange’s website points out that the ringing of the bell – the ding, ding, ding played up by TV news – is more than just a colorful tradition which started in the 1870s. It is critical to the orderly functioning of the marketplace, assuring that no trades take place before the opening or after the close of the markets.

The sound of the bell was even trademarked, with an expert describing it this way:

“The sound of a brass bell tuned to the pitch D, but with an overtone of D-sharp, struck nine times at a brisk tempo, with the final tone allowed to ring until the sound decays naturally.

The rhythmic pattern is eight 16th notes and a quarter note; the total duration, from the striking of the first tone to the end of the decay on the final one, is just over 3 seconds.”

The bell is part of the pomp and ceremony that comes with an initial public offering on the New York Stock Exchange. Executives of companies have always crowded onto a small balcony overlooking the trading floor, and they’d ring the opening bell on the day their stocks first started trading. These days, there are no crowds, and executives often appear via video link.

But companies are eager to restart the tradition, and Cunningham says she expects the exchange will welcome them back into the building soon.

Cunningham doesn’t expect everyone to return immediately, and despite the change in rules, she believes traders will come back to the building gradually.

“One of the guiding principles that we’ve had throughout this process was to react to local conditions, and increase and ease restrictions as those conditions change,” Cunningham says.

This past weekend, Gov. Andrew Cuomo announced the positivity rate in New York City has dropped below 1.5%, and almost half of New York State’s adult population has been fully vaccinated.