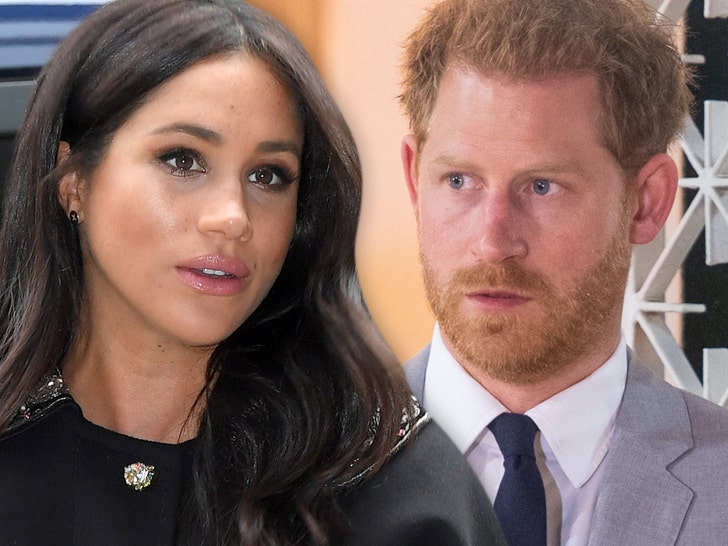 Prince Harry and Meghan Markle might have bid farewell to their royal titles, but one woman in the U.S. is still fighting to cash in on the “Sussex Royal” name anyway … and she says she’s doing it for the Queen!!!

As we first reported … there was a rush here in the States shortly after the “Megxit” news last year to trademark the term, something the Duke and Duchess of Sussex filed for, but eventually withdrew a bid to do in the UK only.

Since then, however, it looks like everyone in America who was pursuing the “Sussex Royal” trademark has abandoned their filing … except Carrie Devorah, who filed for use of the phrase to sell bedding products, specifically for kids.

Carrie tells TMZ … she filed her trademark paperwork in January 2020 because she figured Queen Elizabeth would not allow Harry and Meghan to capitalize off their titles, but she didn’t think there’d be anything stopping her. 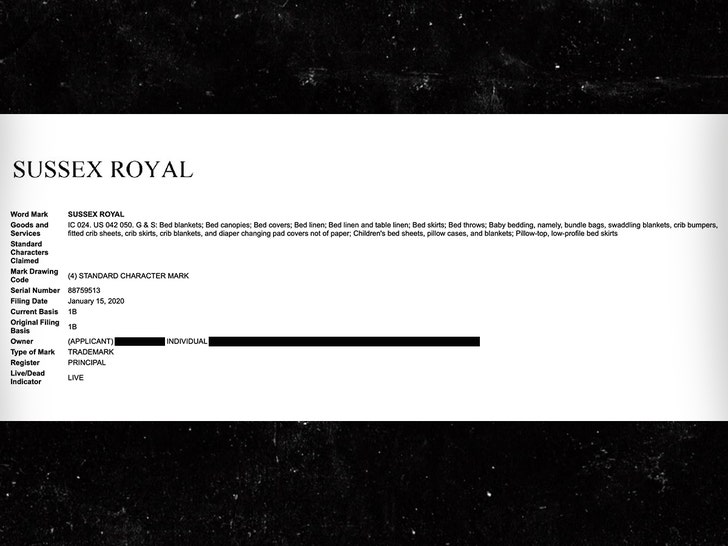 Carrie says she thinks the Sussex Royal name is beautiful and she likes its cultural connection to the Royal Family, and — being that she was born in Canada — she insists she wants it to pay homage to the Queen.

She’s facing an uphill battle locking the trademark down though, because the U.S. Patent and Trademark Office already rejected her application because it found the phrase falsely suggested a connection with Harry and Meghan.

Carrie has a few weeks left to respond to the USPTO’s rejection, and tells us she plans to do so by arguing that Harry and Meghan didn’t bother filing for the trademark in the U.S. … and also didn’t file in the bedding category like she did.

Carrie also says the USPTO’s claim that “Sussex Royal” suggests a connection to Harry and Meghan is unfair, because according to her … the Queen never gave the ex-senior royals permission to commercialize the term. So, she doesn’t think it would falsely suggest any connection to them.

Cancel reply
The Masked Singer appears to have run out of human contestants – The A.V. Club
Netflix is testing a crackdown on password sharing – CNBC