Prince Philip‘s death will have long-lasting effects on his family.

The Duke of Edinburgh died Friday at age 99 after 73 years of marriage to Queen Elizabeth II.

In interviews recorded by ITV for broadcast after the consort’s passing, the Princess Royal, 70, reflected on Philip’s impact.

“Without him [life] will be completely different,” she said. “But, I think also, from the society’s perspective he’s been able to keep pace with the kind of technological changes that have such an impact.”

She added: “But at the bottom of all that, it’s not about the technology it’s about the people.”

Anne is the only daughter of Elizabeth and Philip. She is proceeded in birth only by Prince Charles, who will assume the throne after his mother. Elizabeth and Philip were also parents to Prince Andrew and Edward — the latter of whom also gave a similar interview.

“My parents have been such fantastic supporters of each other during all those years and all those events and all those tours as well and all the events overseas,” the Earl of Wessex continued. 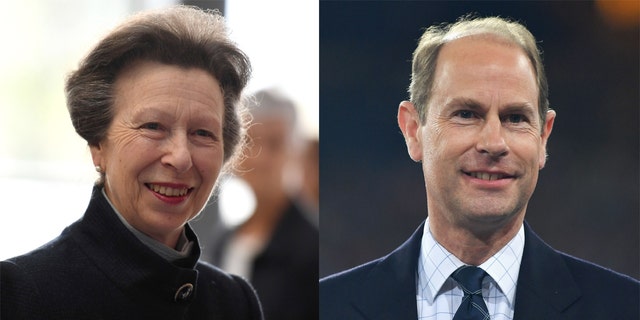 Princess Anne and Prince Edward both appeared in pre-taped interviews and looked back on their father’s life.
(Getty Images)

He further spoke of the love shared by his parents.

“To have somebody that you confide in and smile about something which you couldn’t perhaps smile about in public is very, very important. To be able to share that with somebody is immensely important.”

Furthermore, Edward made note of Philip’s sense of humor, which “always” made an impact.

He added: “I think I’ll remember my father in a number of different ways — both for what he’s done in his public life, for all the organizations he’s supported and influenced. Obviously, as my father and husband to my mother and all the work that’s done there, I think as a family, we’ll probably always remember that more than anything else.”