Prince William is reflecting on the death of his mother, the late Princess Diana.

On Saturday, the Duke of Cambridge spoke at the General Assembly of the Church of Scotland as part of his royal tour of the country. During his remarks, the 38-year-old royal said he was at Balmoral Castle when he learned of the tragedy.

Diana died in a Paris car crash in 1997 as she was being pursued by paparazzi. She was 36.

“Along with listening this week, there is something I do want to tell you,” William began, according to People magazine. 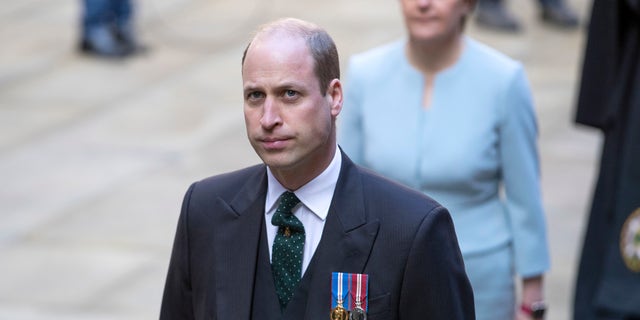 Britain’s Prince William arrives for the opening ceremony of the General Assembly of the Church of Scotland. During his speech, the 38-year-old royal explained that he was at Balmoral Castle when he learned of his mother’s death.(Jane Barlow/PA via AP)

He continued: “Scotland is incredibly important to me and will always have a special place in my heart. I’ve been coming to Scotland since I was a small boy. As I grew up, I saw how my grandmother [Queen Elizabeth II] relishes every minute she spends here. And my father [Prince Charles] is never happier than when walking among the hills.”

William went on to say that Scotland is the “source” of several of his “happiest memories” but also his “saddest.”

“I was in Balmoral when I was told that my mother had died. Still in shock, I found sanctuary in the service at Crathie Kirk that very morning,” William shared “And in the dark days of grief that followed, I found comfort and solace in the Scottish outdoors. As a result, the connection I feel to Scotland will forever run deep.”

However, the country was also where he met his wife of 10 years, Kate Middleton. They were both attending St. Andrews.

“And yet alongside this painful memory, is one of great joy,” William stated. “Because it was here in Scotland – 20 years ago this year – that I first met Catherine.”

He added, “Needless to say, the town where you meet your future wife holds a very special place in your heart.” 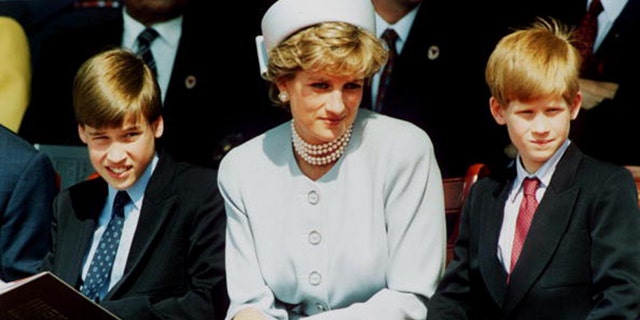 (FILE PHOTO) Princess Diana, Princess of Wales with her sons Prince William and Prince Harry attend the Heads of State VE Remembrance Service in Hyde Park on May 7, 1995 in London, England.   (Photo by Anwar Hussein/Getty Images)

“George, Charlotte and Louis already know how dear Scotland is to both of us, and they are starting to build their own happy memories here, too,” WIlliam said of the couple’s three children. “We have no doubt they will grow up sharing our love and connection to Scotland from the Highlands to the Central Belt, from the Islands to the Borders.”

On Thursday, William and Prince Harry released separate statements after it was revealed that BBC journalist Martin Bashir used “deceitful behavior” to secure his controversial interview with Princess Diana in 1995.