Actress Rachel Bilson on Tuesday said that Rami Malek has reconnected with her weeks after she mentioned he had previously asked her to take down a photo she posted on Instagram of the two of them as teenagers.

“Rami and I actually have talked since that came out,” “The O.C.” actress said on the Lady Gang podcast. “He connected with me, and we’re all good. He was so sweet and we’re totally fine now and we talked about it and we’re good.”

She called “The Little Things” star “gracious, adding she “totally understood where he was coming from and he understood me. And I was just so happy we were able to squash it and, like, move on.”

Bilson last month said on the Armchair Expert podcast that in 2019 when Malek was nominated for an Oscar for his portrayal of Freddie Mercury in “Bohemian Rhapsody” she decided to post a throwback photo from when the actors were high school classmates on a senior trip to Broadway. 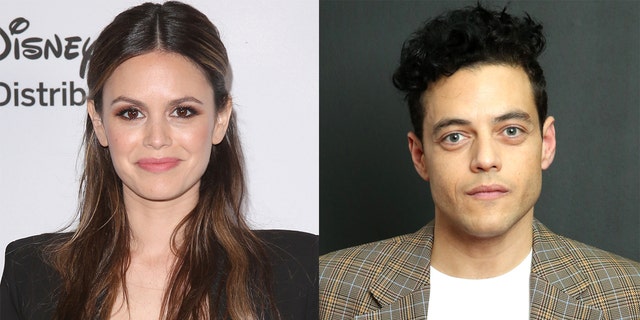 Bilson called “The Little Things” star “gracious over the photo controversy, adding she “totally understood where he was coming from and he understood me. And I was just so happy we were able to squash it and, like, move on.”
(Getty Images)

She said she had posted the old photo two years ago “’cause it’s funny and I think it’s so important to be able to make fun of yourself” but she said soon after he sent her a direct message on Instagram asking her take down the photo because he prefers to be a private person.

“But it wasn’t like, ‘Hey! How are you?!’ It was straight to, ‘I would really appreciate if you take that down. I’m a really private person,’” she said at the time. She added that she started panicking and worried she had made a mistake.

After the March podcast, the story started to blow up in the news.

The 39-year-old actress said she was “mortified” after a friend sent her a link to a CNN story about the off-the-cuff remark she made on the podcast and she had a “panic attack” over the reports, some of which implied Malek had been rude to her when he “made” her to remove it.

She told Lady Gang that she meant it as a “casual,” “funny” story on the podcast but afterward she had a feeling it might blow up and be misinterpreted.

“Rachel Bilson was ‘super bummed’ that Rami Malek made her take down a photo of them both from Instagram,” the CNN story read at the time.

She said in the end it was a good thing because they were able to reconnect and “make it better and everything’s great.”