8:15 PM PT — Ronnie was released at 7:18 after posting bail, which was set at $100,000. According to a law enforcement source, he was picked up and left in the white Mercedes our camera caught leaving the police station. 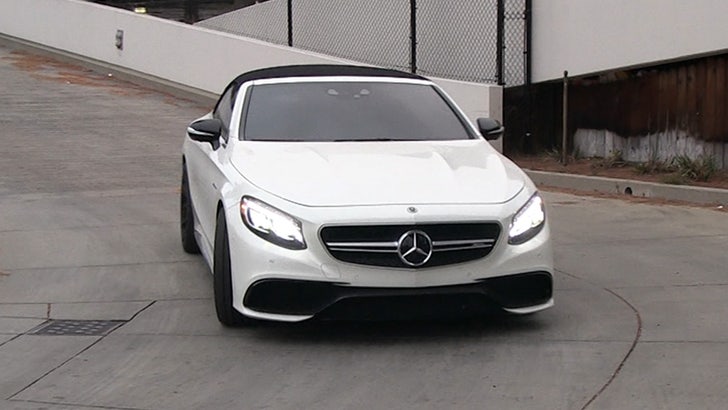 3:55 PM PT — A source close to Jenn tells us she was not involved, and was in Las Vegas when Ronnie was arrested. We’re told Ronnie was taking care of he and Jenn’s daughter, Ariana, at the time of the incident, but she’s now with his brother … and Jenn is on the way to pick her up.

Ronnie Ortiz-Magro is in police custody after cops say he was involved in a domestic violence incident … TMZ has learned.

The arrest is seriously bad news for Ronnie, because he’s currently on probation. As we first told you, he got 36 months probation as part of a plea deal he copped last year in a previous domestic violence case involving his ex, Jenn Harley.

It’s unclear if Jenn was involved in this alleged incident. Ronnie avoided jail last time, but getting arrested while on probation could churn up a whole host of problems for him.

Ronnie’s attorney, Scott Leemon, tells TMZ, “We have just learned of the new allegations against Ronnie and need some additional time to further investigate. As such, we will not be making any other statements at this time.”

Cancel reply
LeVar Burton to join “Jeopardy!” as a guest host after successful fan petition – CBS News
George Clooney jokes wife Amal watching ER for the first time has been a disaster for my marriage – CNN