A popular Florida restaurant will close its doors for the remainder of spring break amid concerns of further damage to the location following fights there.

The popular Miami Beach party spot, the Clevelander Hotel, has seen fights break out over the past week as crowds try to cram in during peak hours.

As a precaution, the hotel will continue to operate for its guests, but food and beverage operations will remain closed to the public until “at least” March 24, it said. 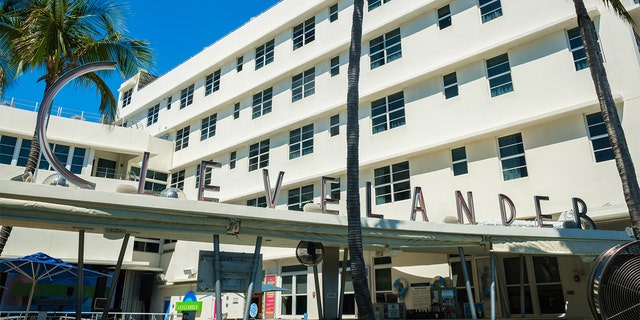 “For decades, the Clevelander South Beach has been one of the most famous and prominent businesses on Ocean Drive,” a statement posted online and on the front door of the establishment reads. “Recently, we have grown increasingly concerned with the safety of our dedicated employees and valued customers and the ability for the city to maintain a safe environment.”

The hotel said it will re-evaluate the situation as to whether it will reopen or not. The hotel guaranteed to pay its employees their full salary despite the closure.

Miami Beach has recently seen a surge in visitors during spring break, some bringing mayhem with them.

The trouble kicked off last week when police arrested 150 spring breakers at a party that got out of hand.

A fight at the Kantina Restaurant on Thursday forced police to use pepper balls to disperse a crowd and break up a fight, NBC Miami reported. Video from the scene showed people struggling to get out of the way as the fighters tumbled around. 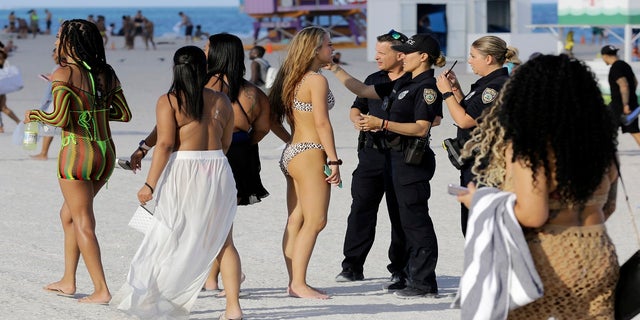 Multiple people were arrested for disorderly conduct at the scene.

A similar incident at the Social, next door to the Clevelander, resulted in a street fight, with tables and chairs smashed, the Miami Herald reported. 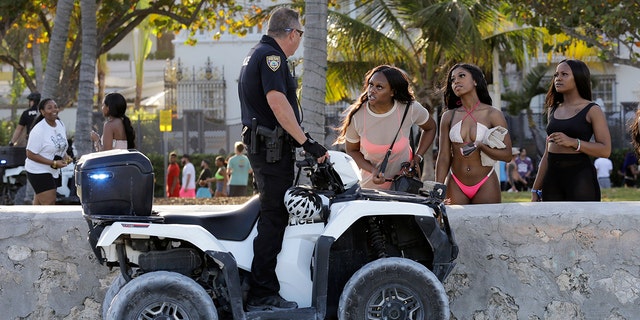 FILE – In this March 14, 2020, file photo, Amaya Herron, a student at the University of Memphis on spring break, left, talks with a Miami Beach police officer in Miami Beach, Fla. Colleges around the U.S. are scaling back spring break or canceling it entirely to discourage beachfront partying that could raise infection rates back on campus. (AP Photo/Lynne Sladky, File)

“Last weekend there was a stampede very close to us and people spilled onto our property, running inside, into the restaurant, into our kitchen, into our lobby,” said Jessica Francos, vice president of operations for Jesta Hotels. “We’ve seen the situation getting out of control and then yesterday it happened again.”

Miami Beach Mayor Dan Gelber said he doesn’t “blame them for wanting to close,” already making tough decisions to try and crack down on the chaos over the past week. He had described that it felt “like this city is under a level of siege” due to the number of people in the area.

“We have made this area into an anything-goes area, it’s sort of a come here play, play, play area instead of a work-play live area,” Gelber said, according to CBS 4 Miami. “So for me, I want to diversify there, so it’s not just 105 bars opened till 5 a.m.”

Miami Beach police spokesman Ernesto Rodriguez said: “In the past [five and a half] weeks, we’ve seen over 900 arrests here in our city. We issued more than 5,000 traffic citations. Last night alone, close to two dozen arrests were made just in our entertainment district.”

The city has called on reinforcements from Miami-Dade police to increase officer presence on the streets following a fatal shooting on Monday.

Cancel reply
Hitting the Books: Bill Gates on why we cant have electric airplanes | Engadget – Engadget
Boy in critical condition after being stabbed inside of McDonalds restaurant in Downtown Pittsburgh – WTAE Pittsburgh