Overnight, Wall Street’s benchmark S&P 500 index climbed 2.4%, recovering most of its losses from the past week.

That came after a selloff in U.S. Treasury bonds eased. That helped to assuage investor concerns that the cost of borrowing might rise, putting downward pressure on the U.S. economic recovery.

BITCOIN BUYERS PUNISHED BY SURGING BOND YIELDS
On Wall Street, the S&P 500 rose to 3,901.82 in its biggest single-day gain since June 5. The Dow Jones Industrial Average gained 2% to 31,535.51. The Nasdaq composite climbed 3% to 13,588.83. The yield on the 10-year Treasury, or the difference between its market price and the payout if an investor holds it to maturity, fell to 1.43% after reaching its highest level in more than a year last week. 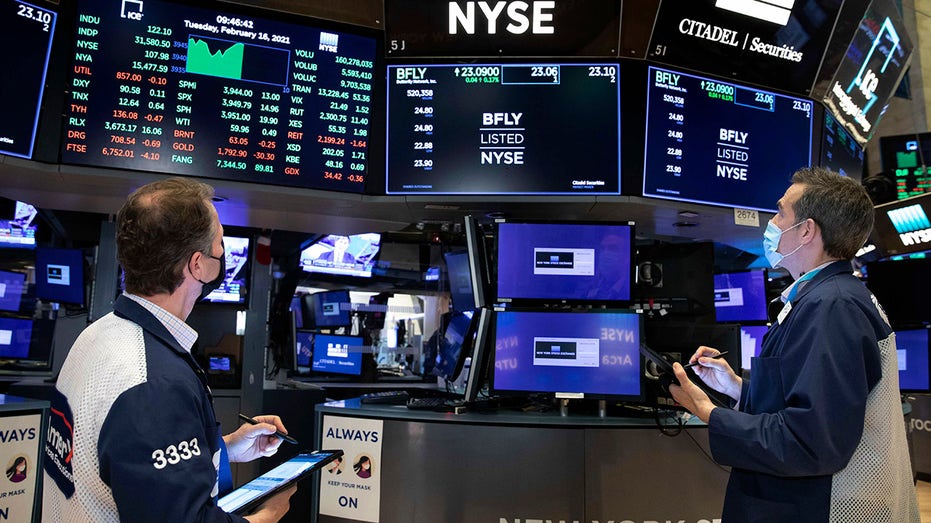 Stocks turned lower in late February after a rapid rise in bond yields, caused by a fall in their market price, fueled concerns about higher inflation. The yield on the 10-year Treasury note climbed as high as 1.5%. It was at 1.41% on Tuesday.

Bond yields influence rates on mortgages and other borrowing.

They have climbed as investors bet coronavirus vaccination efforts would get economic growth back on track. That fueled concerns about inflation and prompted investors to move money out of bonds and into stocks and other assets that do better when consumer prices rise.

Investors are looking for more information about the U.S. economic outlook when Federal Reserve officials deliver speeches this week. Lael Brainard, an advocate for looser monetary policies, will give a monetary policy speech on Tuesday and Fed Chair Jerome Powell speaks Thursday.

BANK STOCK RALLY IN DANGER OF HITTING THE SKIDS

They also are watching Washington after the House of Representatives approved President Joe Biden’s $1.9 trillion economic aid package early Saturday and sent it to the Senate. It includes one-time payments to the public and aid to struggling businesses and local governments.

Johnson & Johnson rose 0.5% after the Food and Drug Administration approved the company’s coronavirus vaccine, one that does not require extremely cold refrigeration like the ones made by Moderna and Pfizer.

“Asian markets appear to be taking a breather this morning, having led the global equity recovery yesterday,” Jeffrey Halley of Oanda said in a report.

The Kospi in Seoul advanced 0.4% to 3,024.16 after the government reported factory production increased by a better-than-forecast 7.5% in January over a year earlier, up from December’s 2.5%.

In energy markets, benchmark U.S. crude fell 79 cents to $59.85 per barrel in electronic trading on the New York Mercantile Exchange. The contract sank 86 cents to $60.64 on Monday. Brent crude, used to price international oils, retreated 81 cents to $62.88 per barrel in London. It declined 73 cents the previous session to $63.69 per barrel.