The S&P 500 fell 0.5% to 3,821.35 after gaining 1% earlier. Because of their huge size, drops by Apple, Google’s parent company and other major technology stocks helped drag the S&P 500 into the red, even though more stocks rose than fell in the benchmark index.

The selling, which accelerated toward the end of the day, left the tech-heavy Nasdaq composite down 10.5% from the all-time high it reached on Feb. 12. A drop of 10% or more from a recent peak is known on Wall Street as a “correction.” 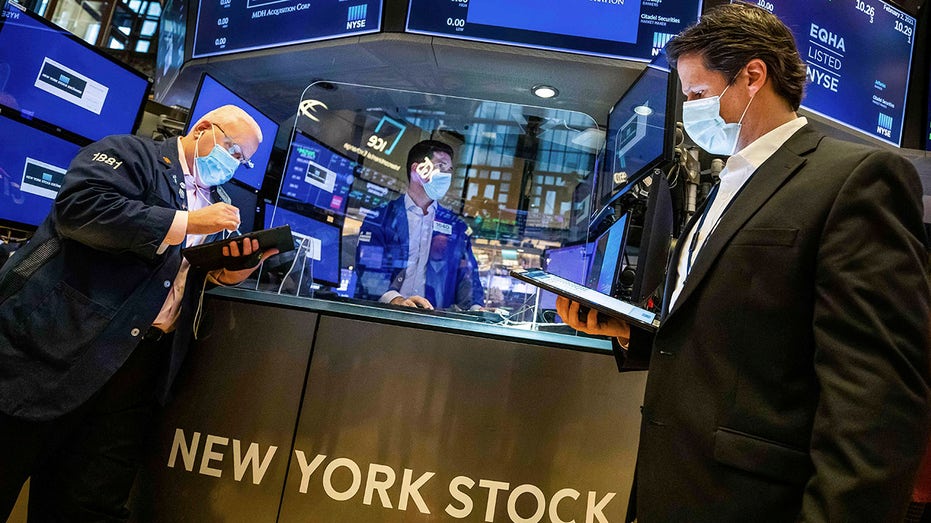 Yields have been marching higher with rising expectations for growth and the inflation that could follow. Higher yields put downward pressure on stocks generally, in part because they can steer away dollars that might have gone into the stock market into bonds instead. That makes investors less willing to pay such high prices for stocks, especially those that look the most expensive, such as technology stocks.

Financial stocks had some of the best gains. Wells Fargo rose 3.3% and Citigroup gained 2.8%.

Trading has been choppy in recent weeks as investors fret over the spike in long-term interest rates in the bond market. The S&P 500 is coming off its first weekly gain in three weeks.

Technology companies have been heading lower as investors start to doubt whether the huge gains they made during the pandemic months can continue if inflation surges.

Investors have been betting that $1.9 trillion in coming government stimulus will help lift the economy out of its coronavirus-induced malaise. There are also investors who are betting that stimulus and an improving economy will result in some inflation down the road.

The U.S. economic aid package, passed narrowly by the Senate on Saturday, provides direct payments of up to $1,400 for most Americans and extends emergency unemployment benefits. It’s a victory for President Joe Biden and his Democratic allies, and final congressional approval is expected this week.

Oil prices also have been rising. After plunging with the onset of the pandemic, as demand plummeted, prices have been recovering. Last week, some observers were expecting the OPEC cartel and its allies to lift more restrictions and let the oil flow more freely. But OPEC agreed to leave most restrictions in place.

Meanwhile, Asian shares were mixed Tuesday, cheered by the expected passage of the U.S. stimulus package, although that optimism was tempered by worries about inflation and the coronavirus pandemic.

Jingyi Pan, senior market strategist with IG in Singapore, said Asian markets were weighing “the impact of a global recovery alongside the prospect of an accelerating climb in U.S. bond yields.”

Yoshimasa Maruyama, chief market economist for SMBC Nikko Securities, said the global economic rebound is stronger than some had previously expected, and that recognition is becoming more widespread in March than in February.

“And this recognition of recovery in March itself will work as a source for more confidence,” he said.

The vaccine rollouts in the U.S. and Europe will also help instill confidence in future growth, he added.

Revised economic data for October-December, released Tuesday, showed the Japanese economy grew at an annual pace of 11.7%. That was weaker than the 12.7% growth reported last month in the preliminary estimate.

Quarter on quarter, the growth was 2.8%, revised from 3%, as public and private investment was not as positive as initially thought. Japan’s economy expanded at a 22.8% pace in the July-September period. That followed a sharp contraction as the pandemic slammed tourism, trade, consumption and production.